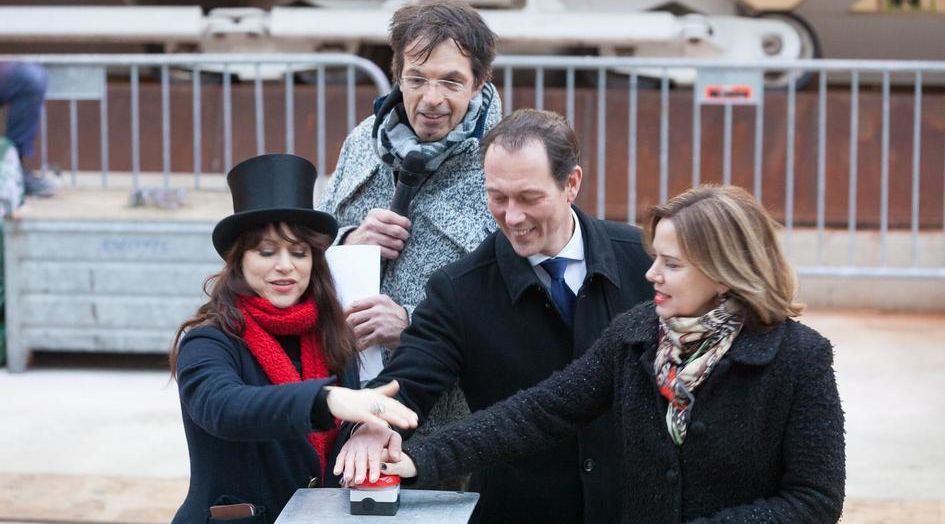 Drill of Rotterdamsebaan named after the future Queen

No Blue monday for the Rotterdamsebaan, but the start of the drilling process following a lot of nice activities and anouncements the past days. Last Friday Cora van Nieuwenhuizen, Boudewijn Revis and Ellen ten Damme baptized the drill and they anounced the name of the massive drill together. The drill is named after Hollands future Queen ''Catharina Amalia daughter of King Willem Alexander. The name popped up after pushing the red button and hoisting up the enlarged fabolous Mondriaan artwork, Ellen @ten Damme - the tunnelpatin - sang the miners song ‘’Glück Auf’’. After the anouncement the preest baptized the drill and the Holy Santa Barbara statuette, the patroness of the tunnel workers

Saturday morning was a succes with 11.113 people visitors at the building site of #Rotterdamsebaan in #The Hague. The Paul de Ruiter Architects team had the opportunity to visit the buidling site early in the morning.

This blue Monday they started drilling for the first tunnel of the 80 metres long‘’De Victory Boogie Woogietunnel’’. The Catharina Amalia is going to drill at least 15 metres a day.

More information about the Catharina Amalia