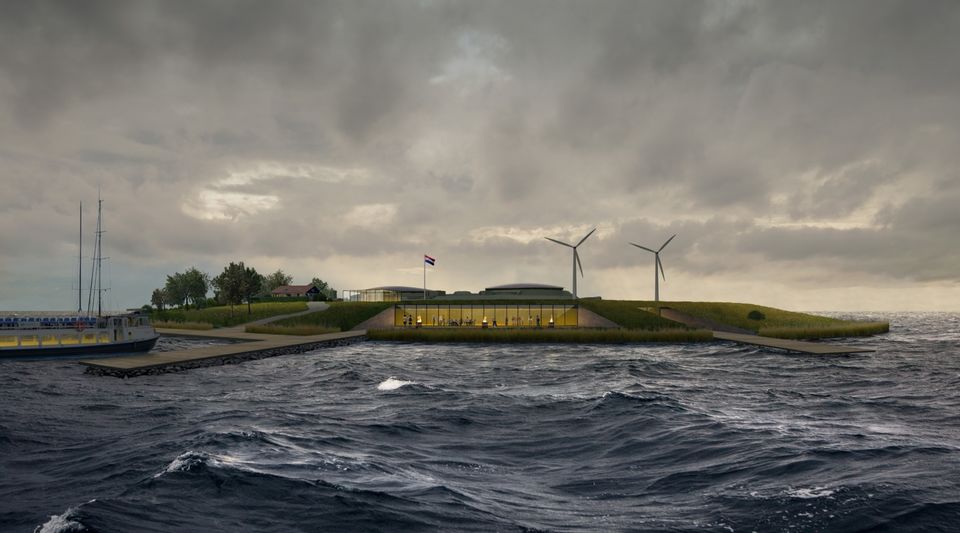 6/17/2020 | Transformation of Pampus, a showcase for an ecological UNESCO World Heritage Site

Fort Island Pampus will be the first Dutch UNESCO World Heritage Site to become 100% self sufficient and fossil fuel free. With a new ecological Visitor’s Center, designed by Paul de Ruiter Architects, Pampus blows new life into it’s history as a self-sufficient Island. Cultural history and innovation go hand in hand. Pampus will be a showcase for the energy transition and for the conservation of National heritage.

Fort Island Pampus lies in the middle of the IJmeer, a half-hour sail from Amsterdam IJburg and Muiden. Pampus, a man-made Island, was built in the late 19th century as the keystone from the 135 kilometer Defense Line of Amsterdam because the capitol had to defended from attacks via the Zuiderzee.

Tom van Nouhuys, director of the Fort Island Pampus Foundation: “The history of Pampus stands as a source of inspiration for the future. The Island with its immense fort was unique in the Netherlands and could support 200 soldiers with food, water and energy for long periods of time without support from the mainland. In recent times, the Island, as spearhead of the UNESCO World Heritage Defense Line of Amsterdam, has both a museum and a recreational function. The Island demonstrates that with the planned transformation an even more revolutionary future than 125 years ago.”

Visitor’s Center and main entrance link innovation, ecological techniques and cultural hetitage
During the introduction of the transformation project the plans for the new Visitor’s Center were also released. Paul de Ruiter Architects integrated the new building on the Island in a subtle way where the rich history can be better told and even experienced.

Architect Paul de Ruiter: “In the design we have the historical philosophy of self-sufficiency combined with modern ecological innovations. Thus the building forms a bond between new technology and the historic character of Pampus.” The building will accommodate a restaurant as well as lounges, meeting and congress rooms and other facilities.

The functional space in the new Visitor’s Center will be 690 m2, this gives Pampus the possibility to accommodate 100,000 visitors a year and tell their story of conservation and their old and new age self-sufficiency. 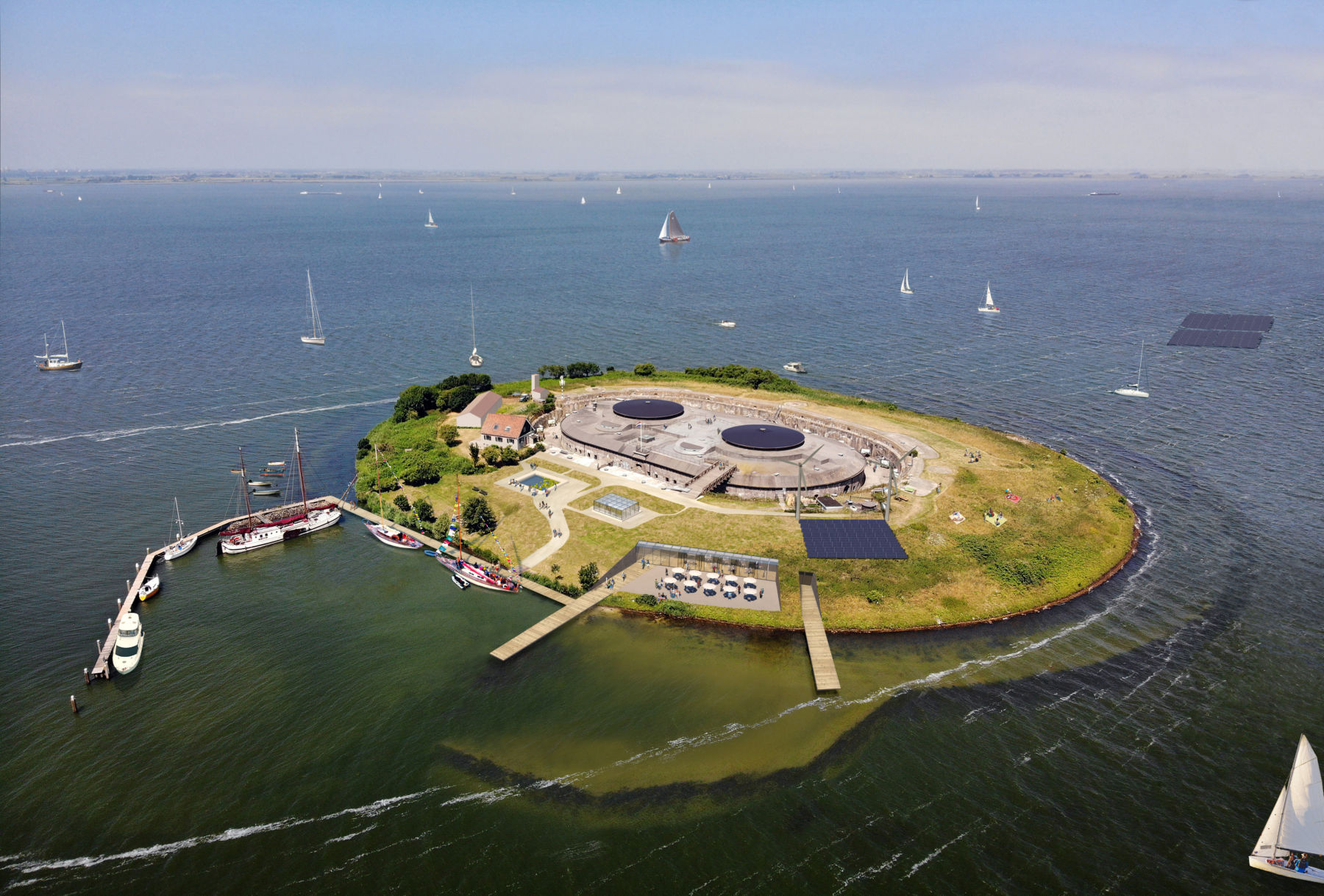 Bio-converter as the first step towards ecological self-sufficiency

The transformation project was symbolically set in motion on the 16th June by the start-up of the bio-converter. As champion of the ecological makeover Uğur Pekdemir, director of Rabobank Amstel & Vecht, the financier of the bio-converter, unveiled the machine on Pampus. This was followed by Boris van der Ham, chairman of the Netherlands’ World Heritage Foundation, to christen the bio-converter with a glass of Pampus beer. Uğur Pekdemir: “this initiative slots perfectly onto what the Cooperative Rabobank wants: working together on solutions that accelerate the energy transition.”This innovative installation, the Circ BioDigester 50, turns the organic waste from the Island into green energy and biological manure. Pampus doesn’t have to transport the organic waste off the Island anymore; it is converted into biogas for the Island’s kitchens now and in the future.

Boris van der Ham: ÜNESCO supports the 17 goals of the United Nations to make the World a better place. The SDG's (Sustainable Development Goals) for 2030 are worldwide guidelines for challenges such as education, climate change and bio diversity. The UNESCO World Heritage Foundation in the Netherlands embraces these SDG’s. The tangeable ecological techniques that will make Pampus a self sufficient and recycling Island have created a good pilot that we in the World Heritage group can inspire. Ecology and conservation of the environment is also a necessity in this sector, because we have to pass it on the the next generations.”