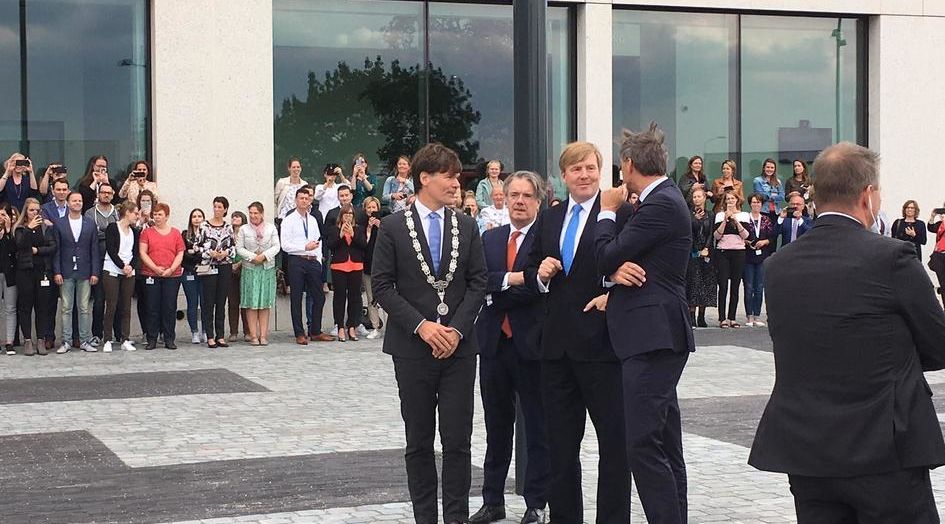 This afternoon, Friday 14 September, King Willem-Alexander hosted the grand opening of Breda's new courthouse. To mark the opening, the king unveiled the court's statue of Lady Justice, symbol of the judiciary's independence. The building is shared by the Child Care and Protection Board, the Zeeland-West-Brabant Public Prosecution Service and the Zeeland-West-Brabant District Court. It was designed by the collaborative team of Hootsmans Architectuurbureau and Paul de Ruiter Architects.

Unveiling the statue of Lady Justice

In marking the opening with the unveiling of Lady Justice, King Willem-Alexander's ceremonial performance recalled that of his mother, Queen Beatrix, at her opening of the previous courthouse, at the Sluissingel, in 1986.

The Breda office of the Zeeland-West-Brabant District Court will be open to the public on Saturday 29 September between 10 am and 4 pm. Visitors are invited to explore the courtroom area (on the ground, first and second floor).

Read more about the project.