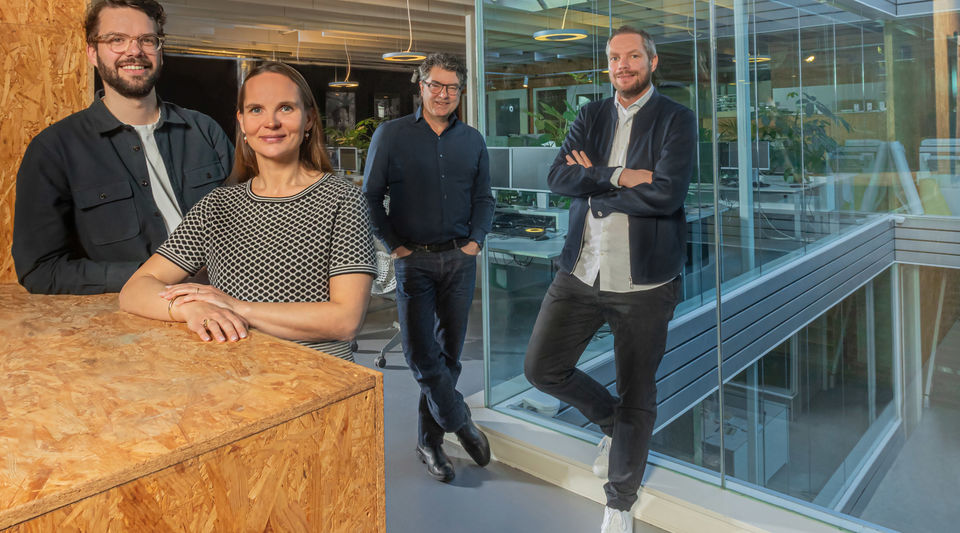 The partners
Raymond van Sabben has been working at Paul de Ruiter Architects since 2014 and specialises in large-scale projects. He is coordinating architect and project leader of the new building of the Erasmus University, ING's new head office in Amsterdam Zuidoost and the challenging project Stadswerf Oostenburg. A large, new neighborhood in the center of Amsterdam. In addition to his role as an architect, van Sabben taught at TU Delft and the Rotterdam Academy of Architecture.

Paul de Ruiter Architects: "With the appointment of Raymond, our management team is expanded with an experienced and driven architect. Van Sabben has a sharp insight in solving complex, architectural issues within budget. He has a clear view on the role of sustainability within a construction project and is strong in terms of processes. This makes him the perfect sparring partner for our clients and collaborating parties. Thanks to his professional knowledge and experience as a teacher, he knows how to guide and coach our young team in an enthusiastic way."

Martijn van Gameren has also proven himself as a young architect at Paul de Ruiter Architects. He has been working at Paul de Ruiter Architects since 2014 and is involved in the design and supervision of various projects. Such as the Lloyd Yard housing project in Rotterdam, DENISE, various villas and the biobased building Biosintrum, which won the Dutch Construction Award in 2019 as an example project for biobased construction. His talent did not go unnoticed outside the agency either. In 2019, for example, he was nominated by the Dutch Construction Award as a Young Talent. In 2020, trade journal De Architect nominated van Gameren for the ARC20 Young Talent Award.

Paul de Ruiter Architects: "Martijn is a skilled architect and a pleasant person to work with. Both within the agency and with the various project teams, Martijn takes on the role of connector and initiator. With his enthusiasm he knows how to motivate people, challenge them and stimulate the team to get the most out of a project. His vision on sustainability, architecture and innovation is refreshing, and contributes to the quality of our office. In his role as partner, he wants to focus on further knowledge development in the field of innovation and sustainability within the agency. "