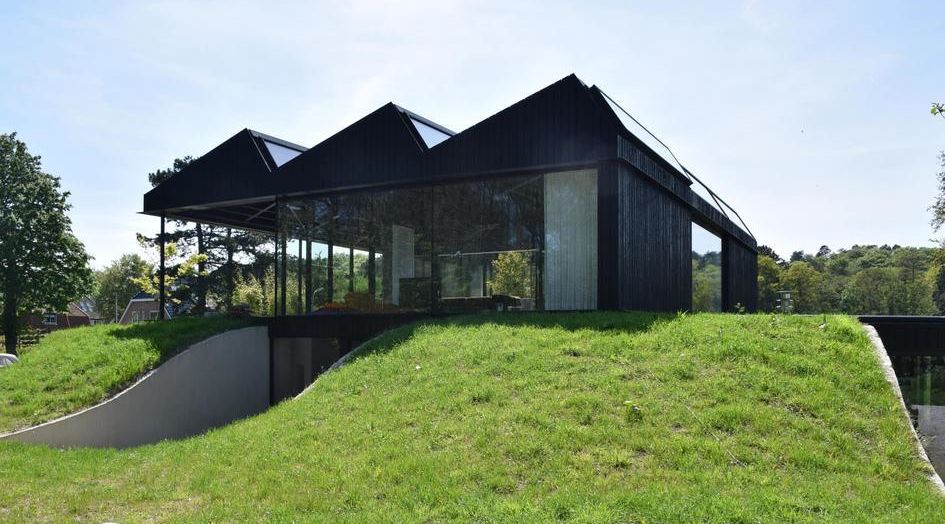 The judge of the Arie Keppler Prize 2016 nominated Villa Schoorl, designed by Paul de Ruiter Architects in collaboration with Chris Collaris and X+L Interior designers, for the category ‘housing’. The nomination of Villa Schoorl is a special valuation for the design of the uniquely situated sustainable villa.

The Arie Keppler Prize 2016 will be presented on the 23rd of September during the closure of the century party OVERMOOI in the city hall of Velsen. The other nominees in the category ‘housing’ are Le Cabin (Tijmen Ploeg Architecten) and the Tugelawegblokken (MH3 Architectgen).

The Arie Keppler Prize aims to stimulate more attention for policy development and projects in the area of architecture, urban development and culture history with an exemplary function. The prize is procured in memory of engineer Arie Keppler, director of the Amsterdam Housing Service and co-founder of MOOI Noord-Holland in 1916. Engineer Keppler was the advocate for high-quality architecture and urban development, but he was also involved with general societal issues.

Schoorl is situated in the characteristic polder landscape close to the North-Dutch dunes. In the empty polder landscape were remarkably few villas. This was an essential exit point to design the appearance and the materials of the villa in line with the surrounding landscape. Due to the fluently raised plot the majority of the house is below ground level, this limits the visual effect of the villa on its scenic surroundings. The glasshouse shape of the roof immediately catches the eye, the construction of the three-piece shed roof retains bright sunlight. Villa Schoorl has a central patio across two building layers, the underground living spaces can therefore be supplied with sufficient daylight. The living volume on the first floor hovers slightly above the ground level and excels through simplicity. The black wooden facade alternates with storey high windows, vertical folding elements are situated on the west side to offer the residents privacy. By means of solar panels the villa provides a major part of its own energy supply. In the winter the woodstove is connected to the central heating system to heat the house in the most efficient and equal manner.

Read more about the Arie Keppler Prize 2016 and the other nominees.