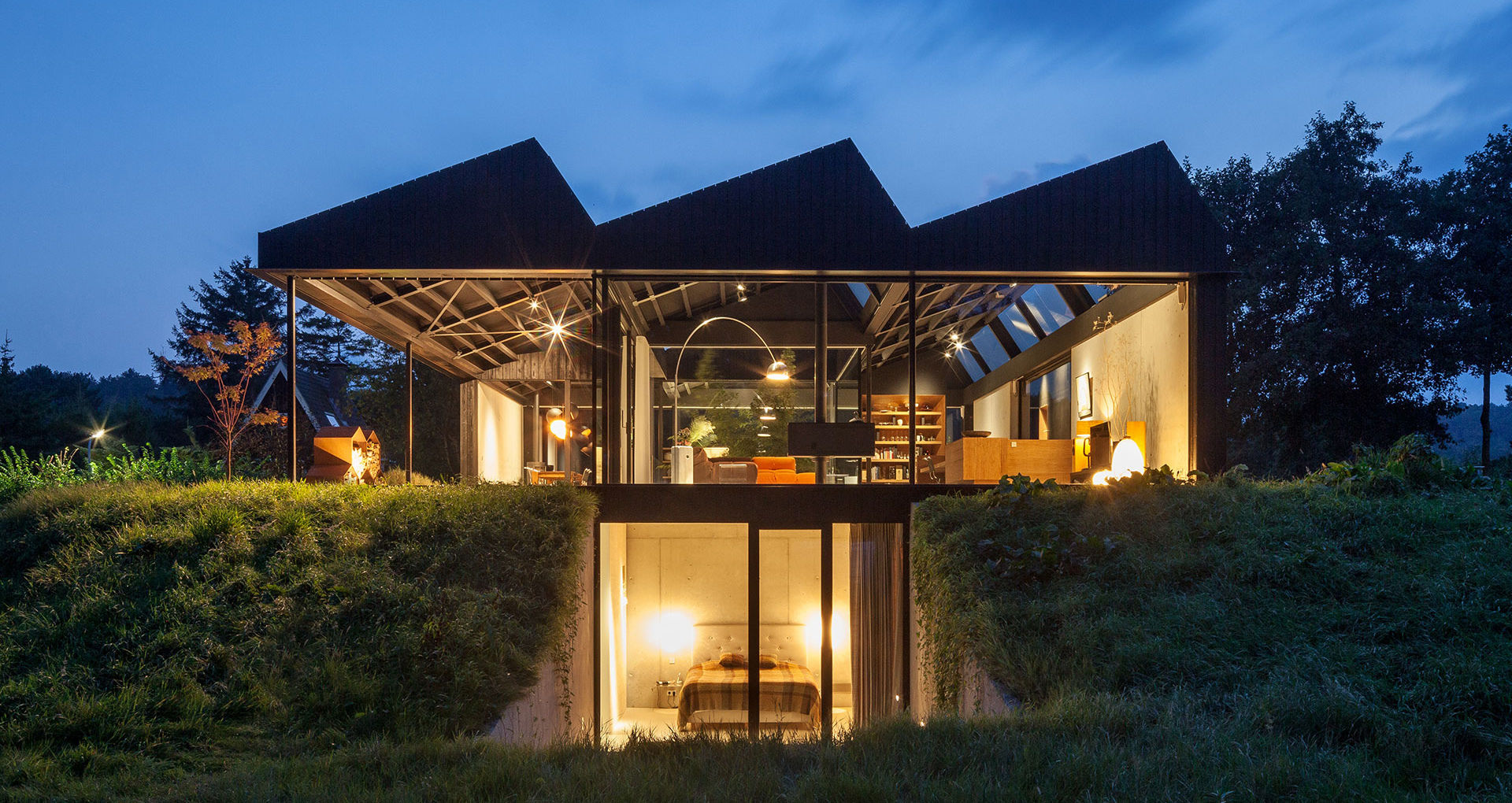 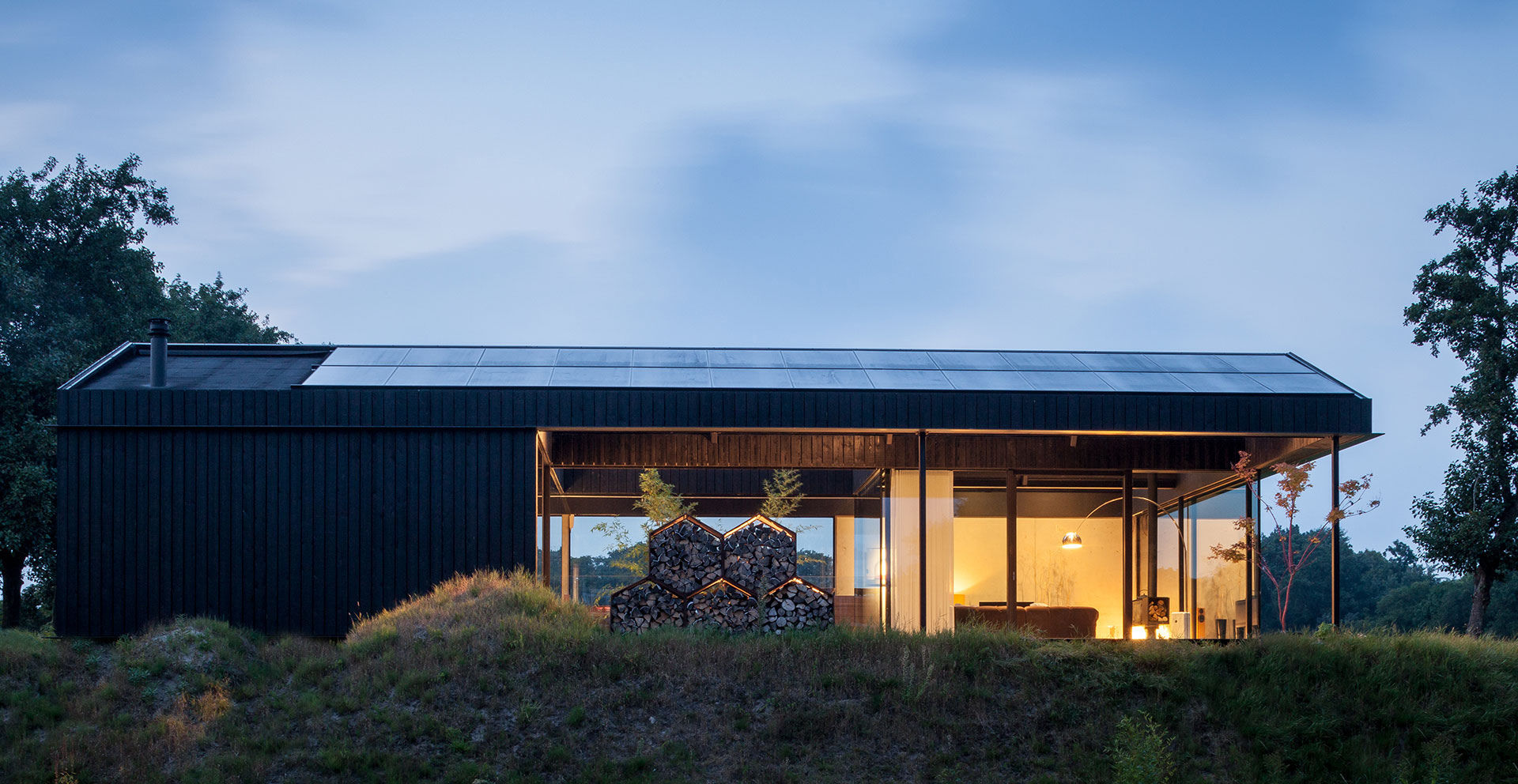 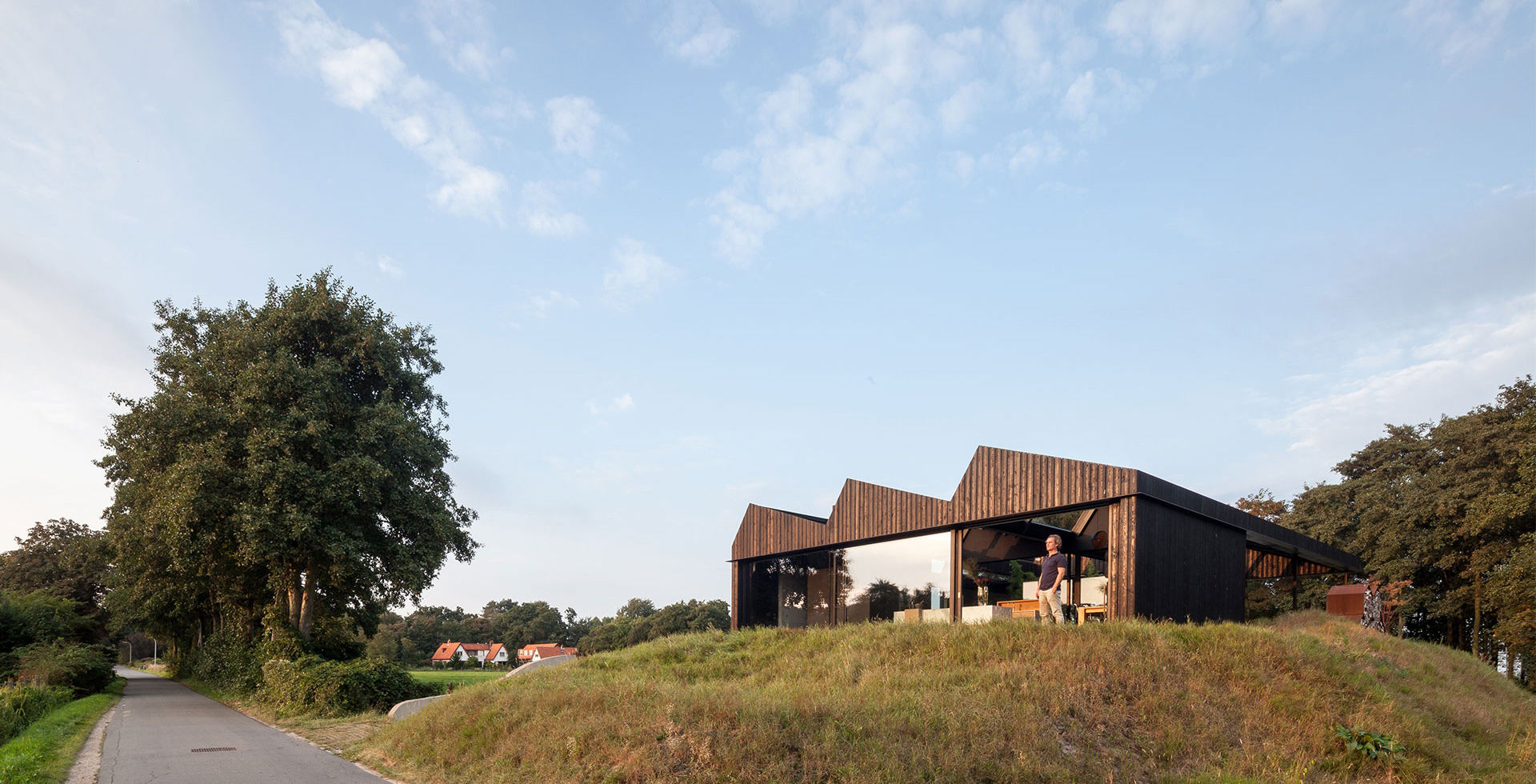 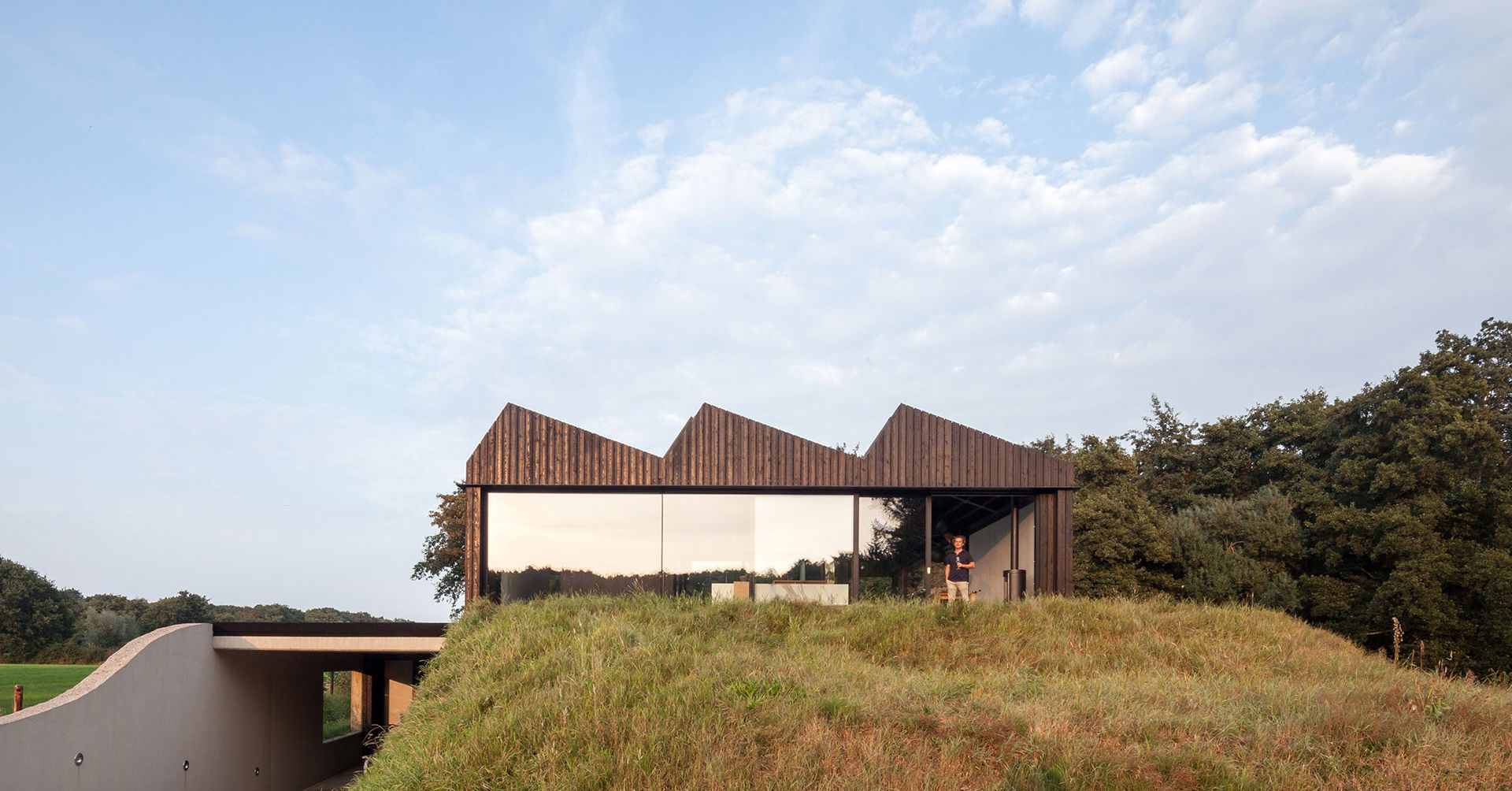 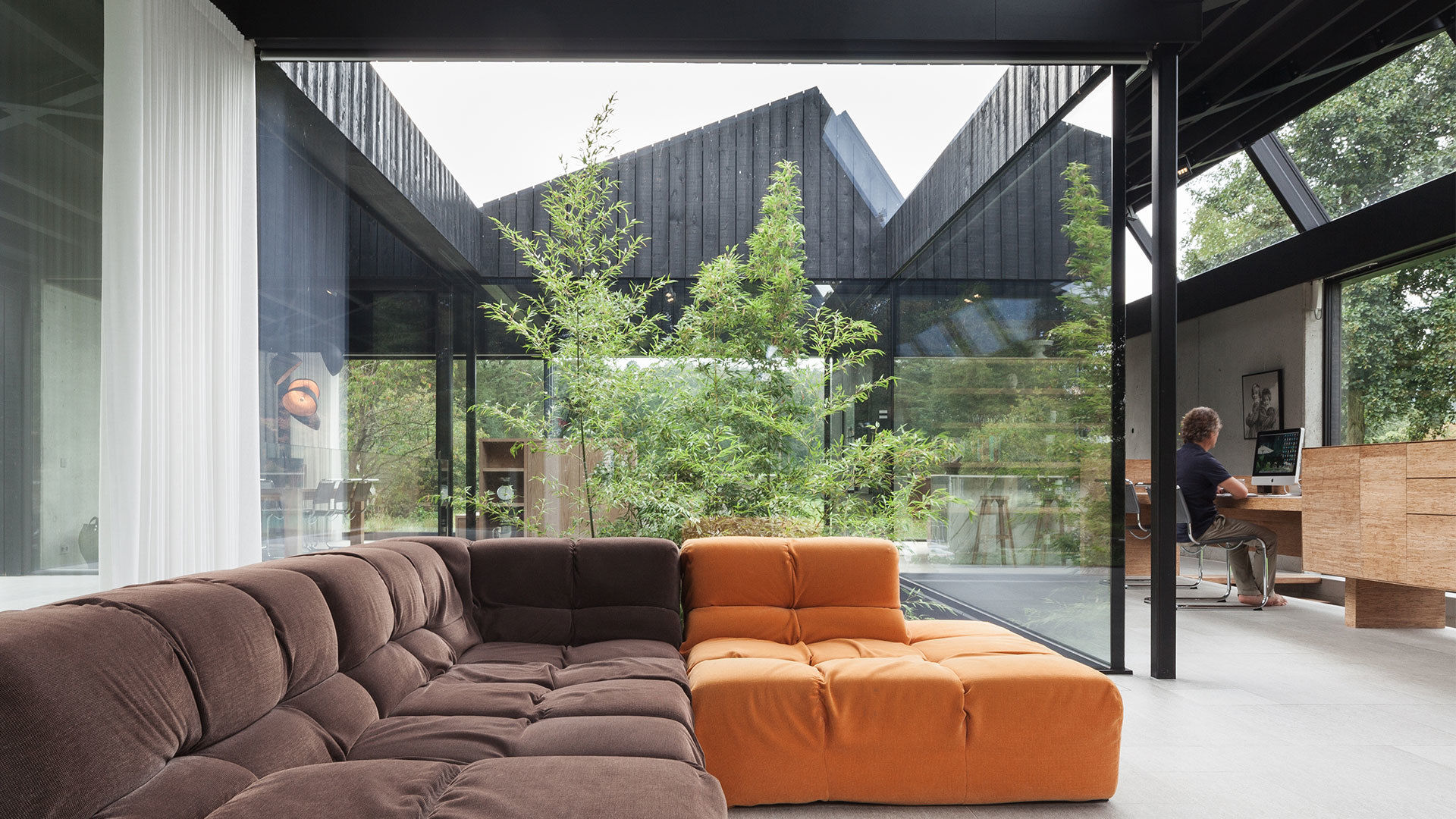 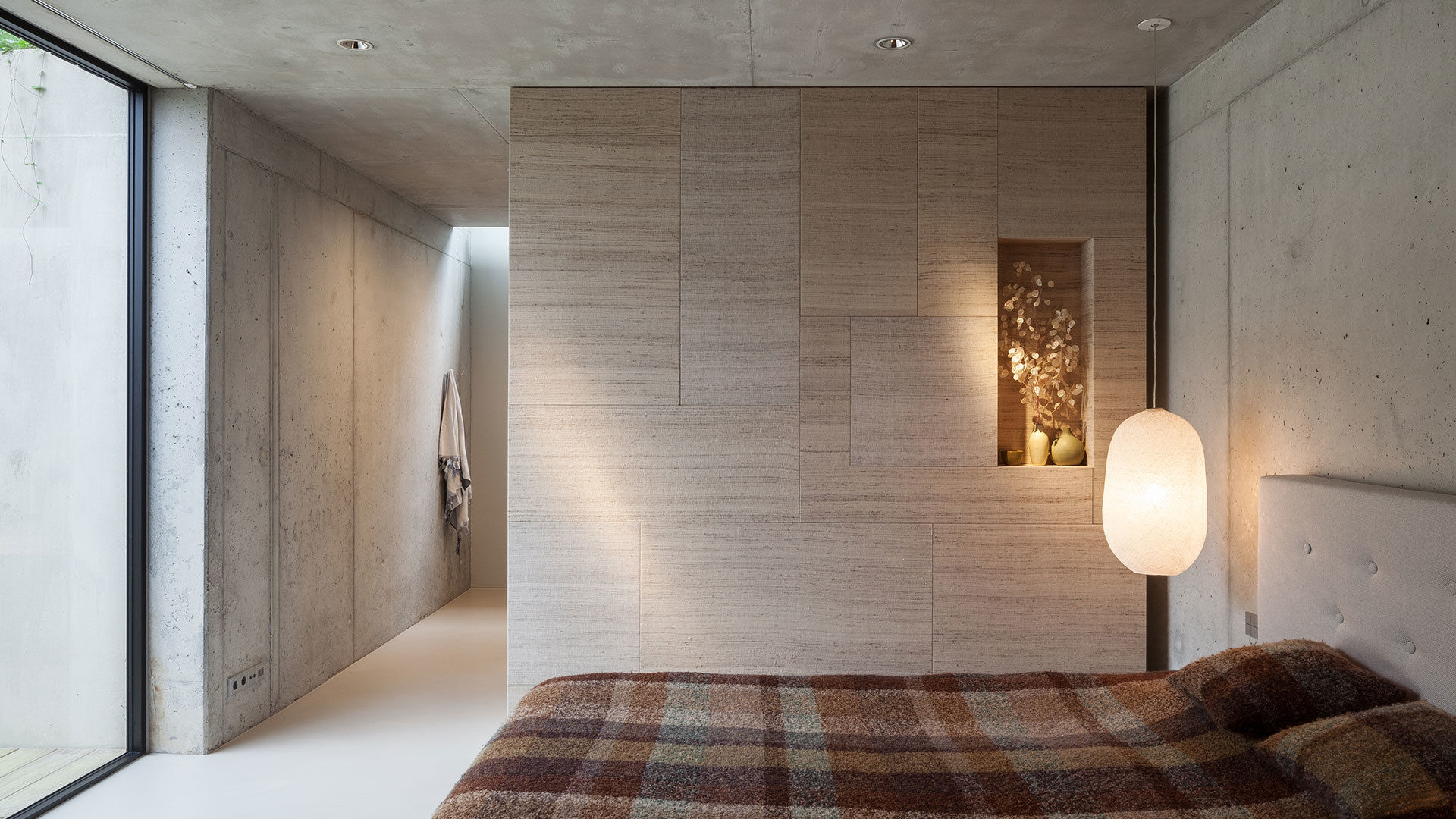 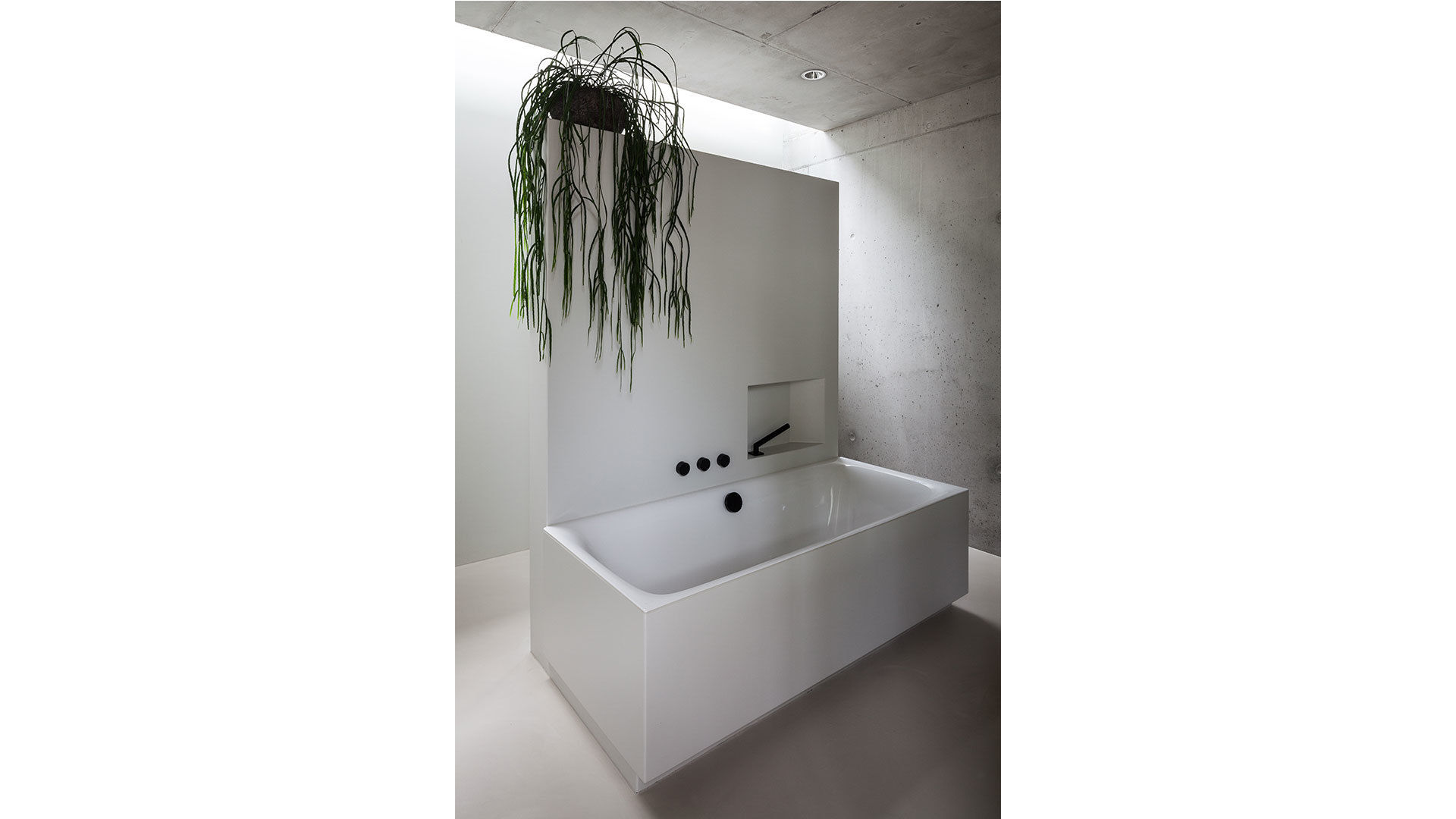 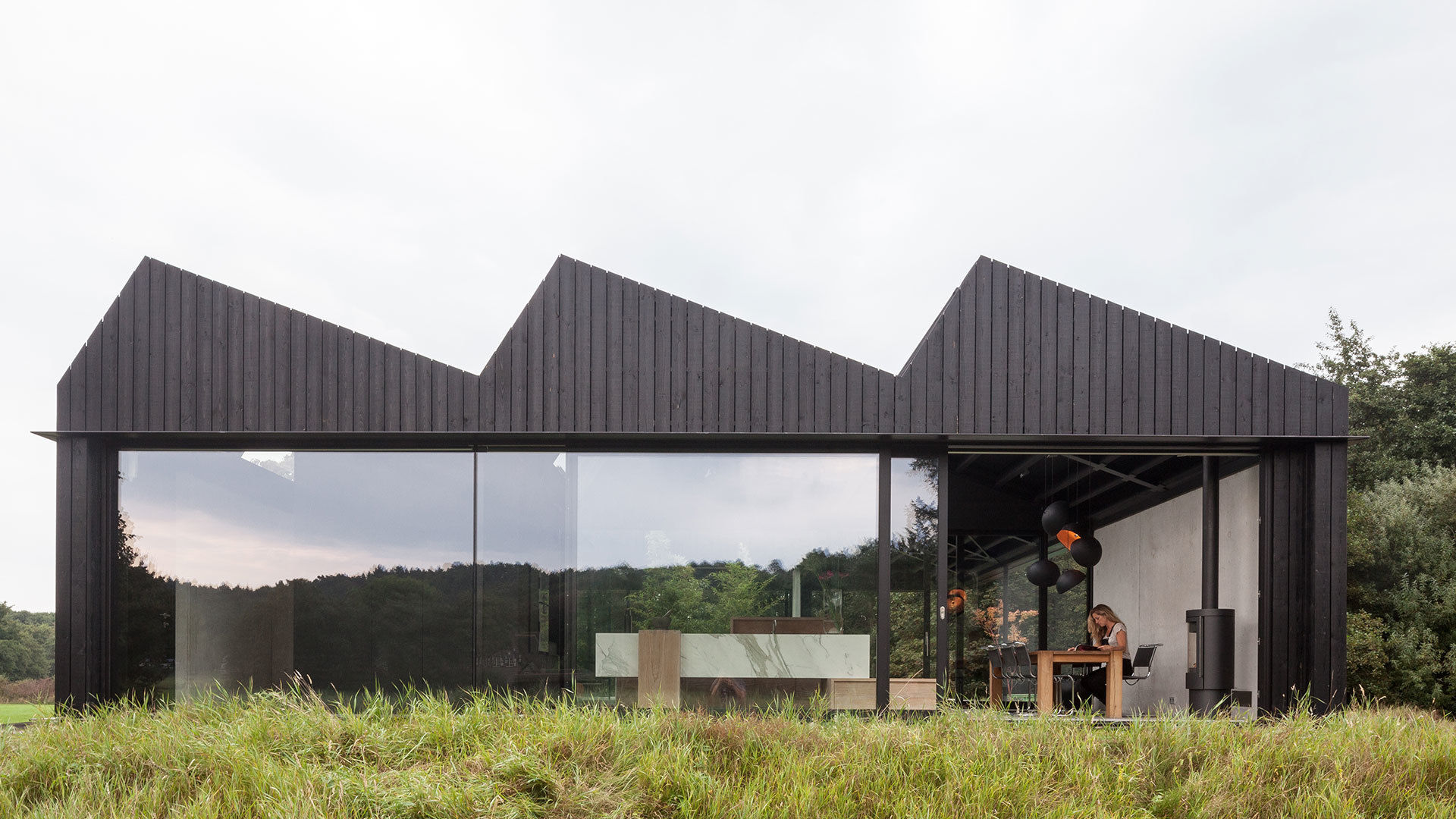 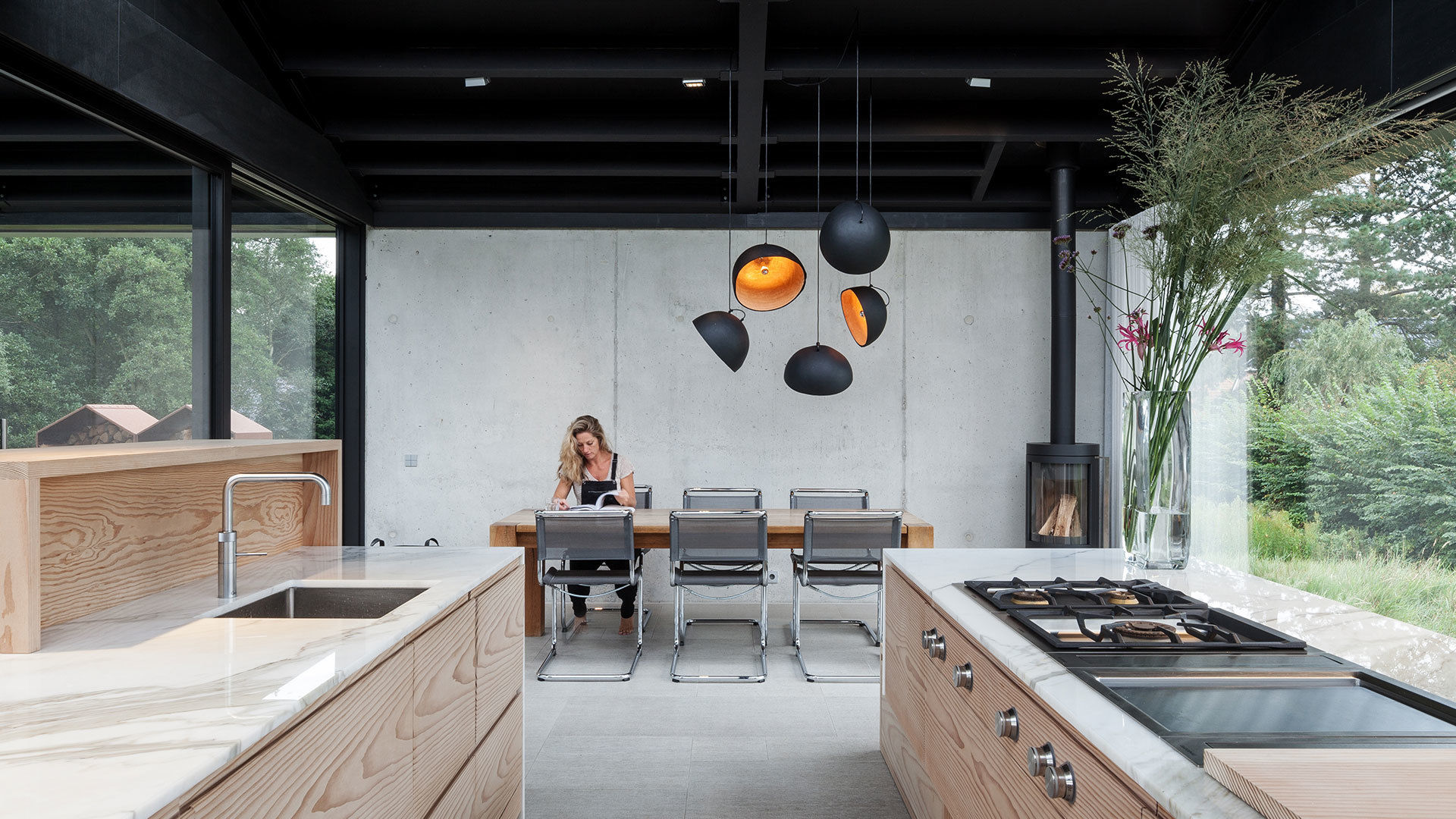 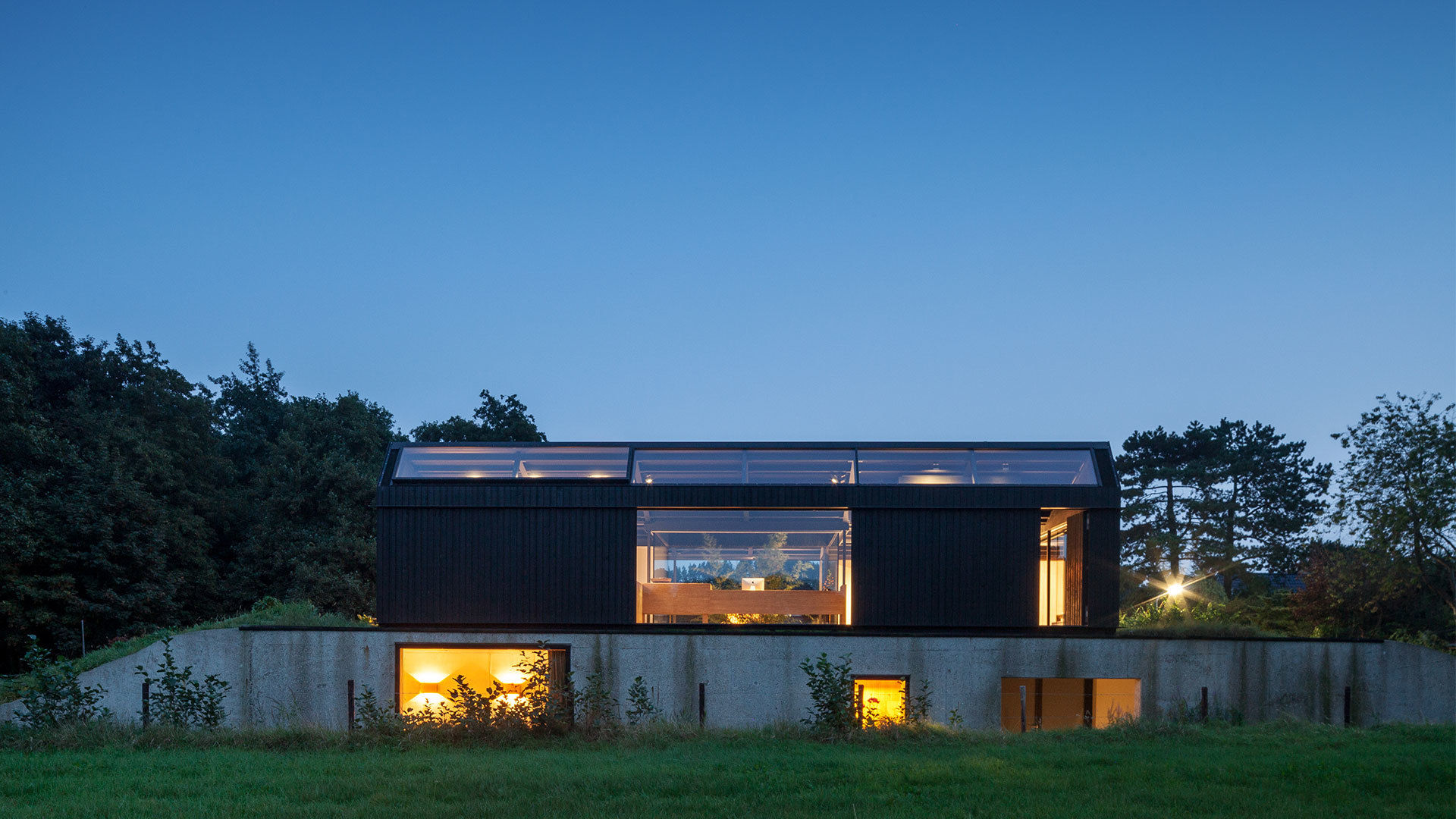 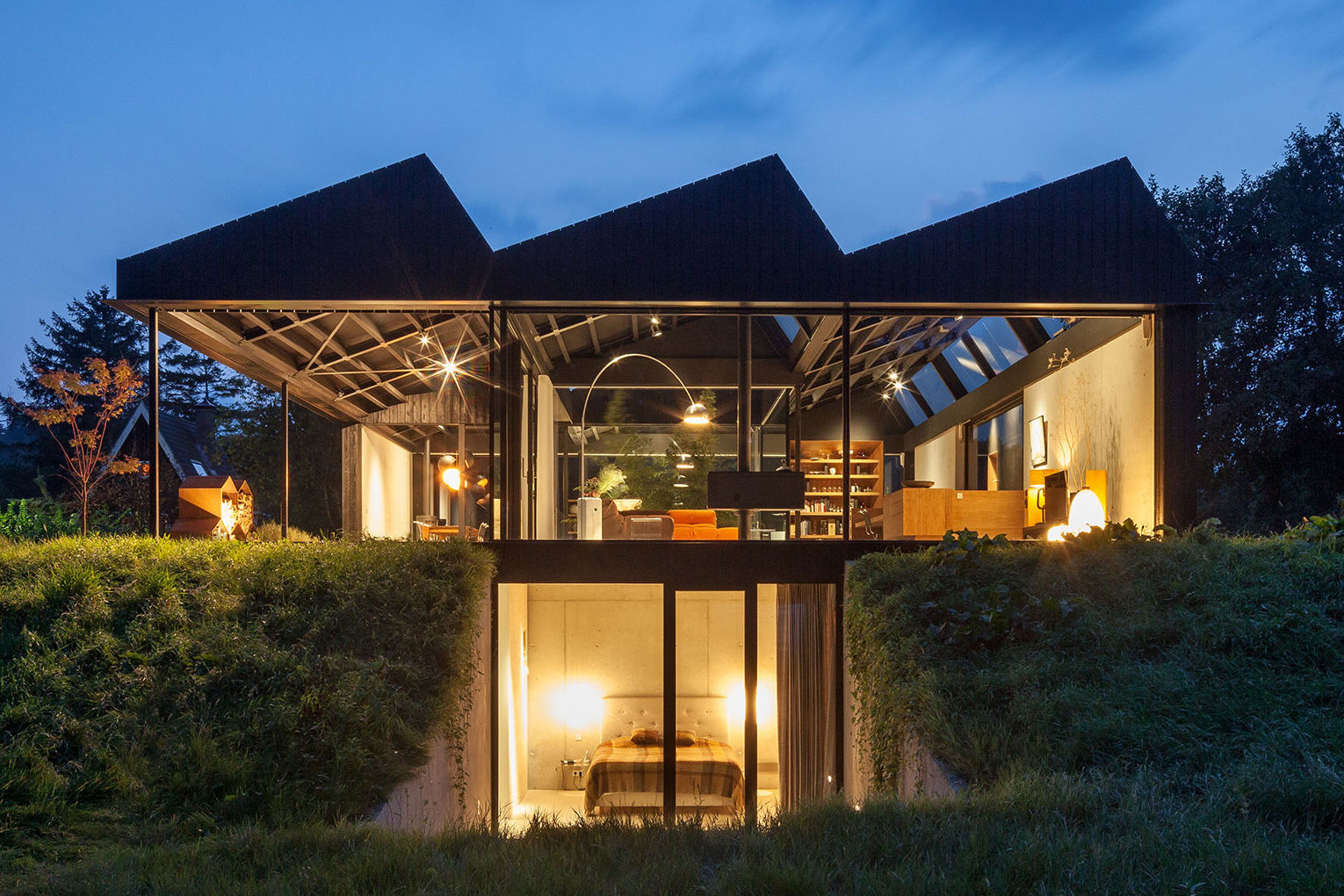 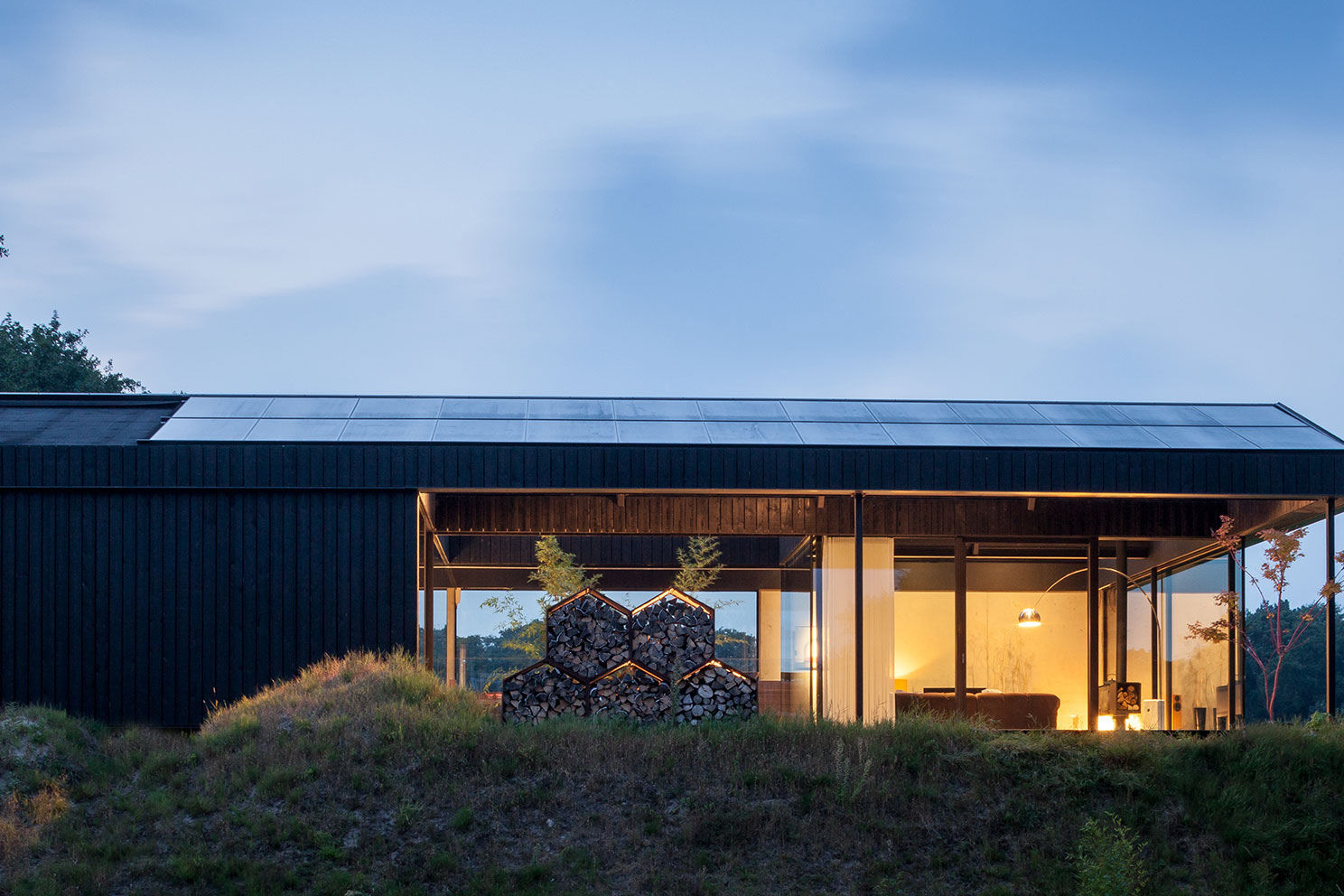 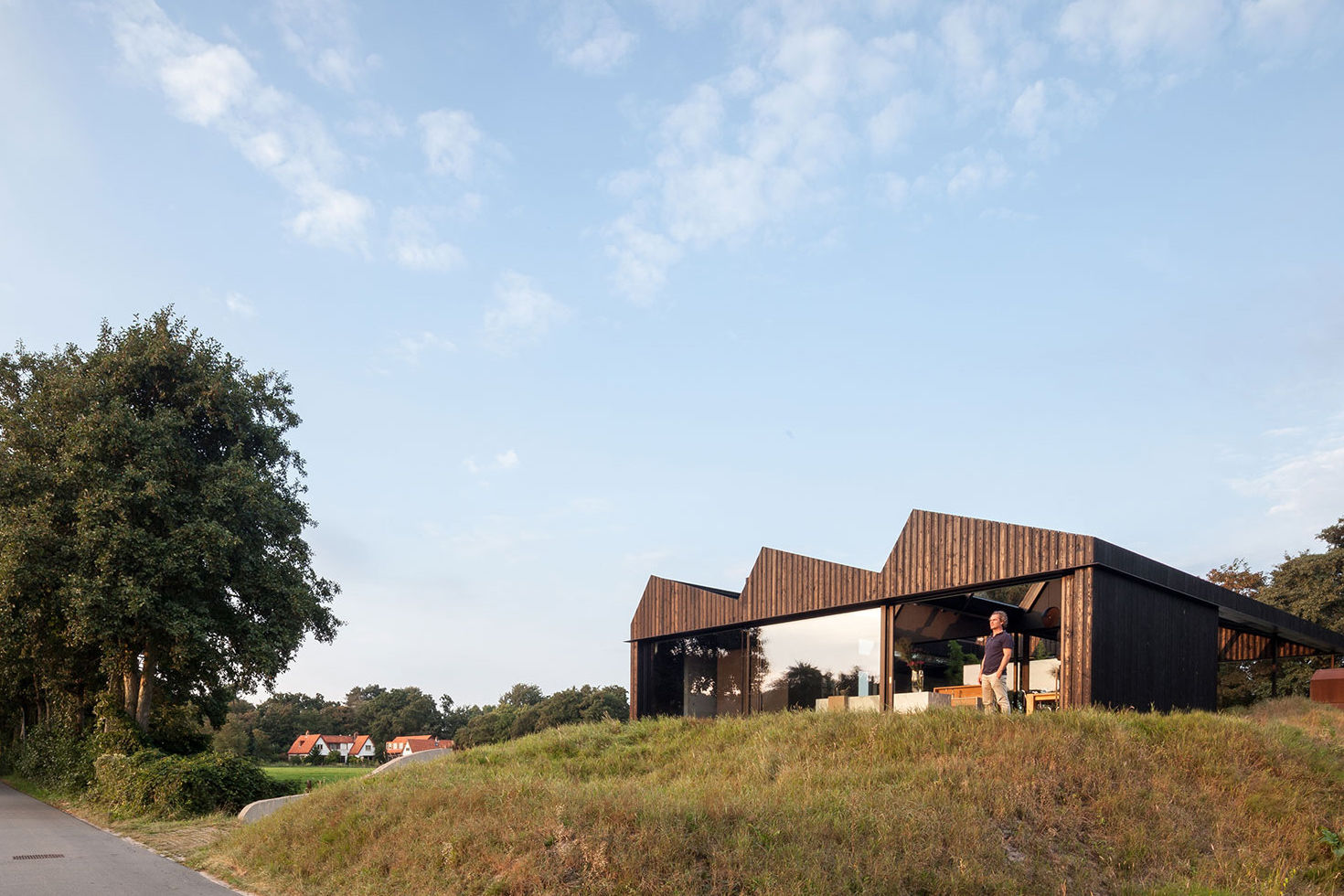 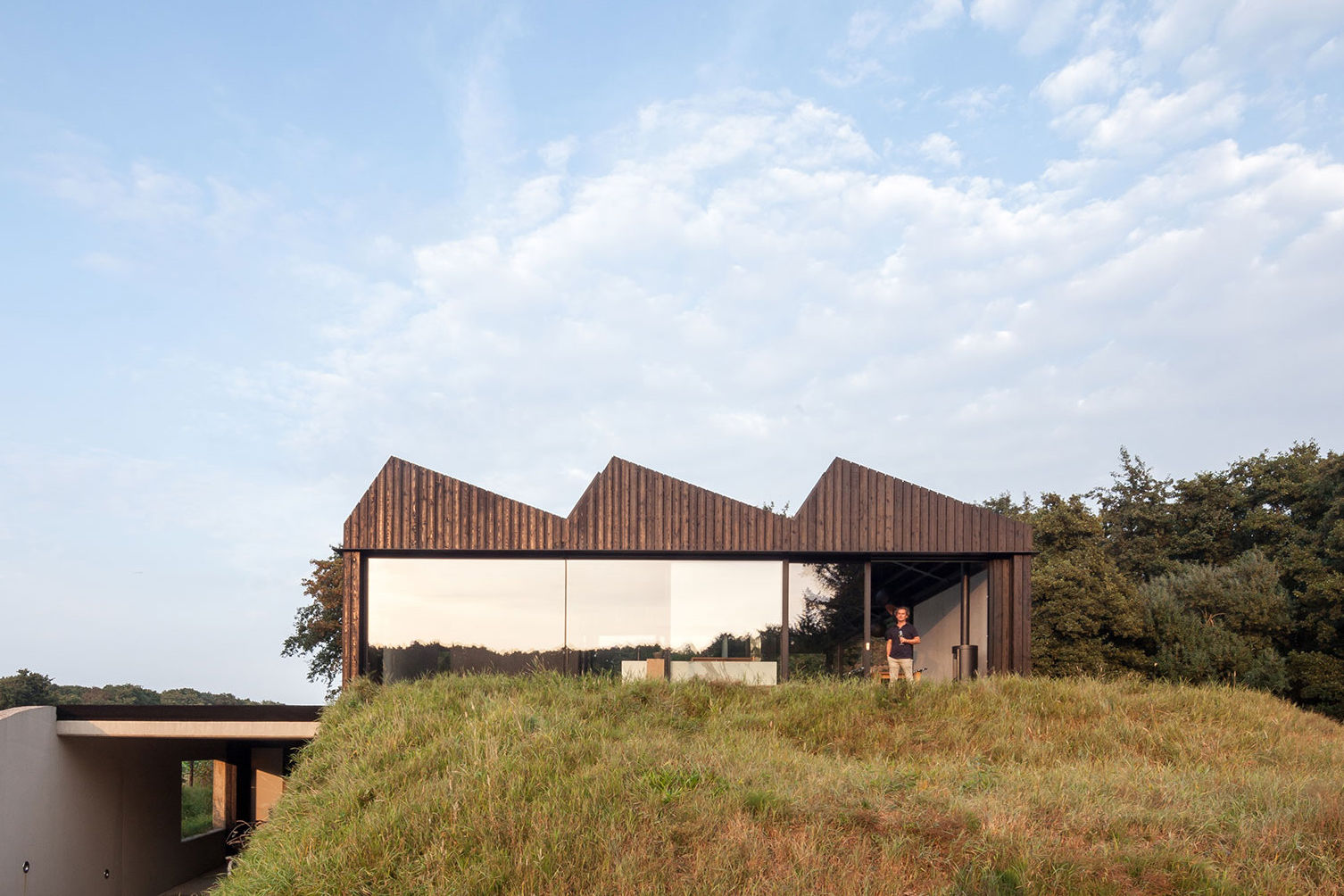 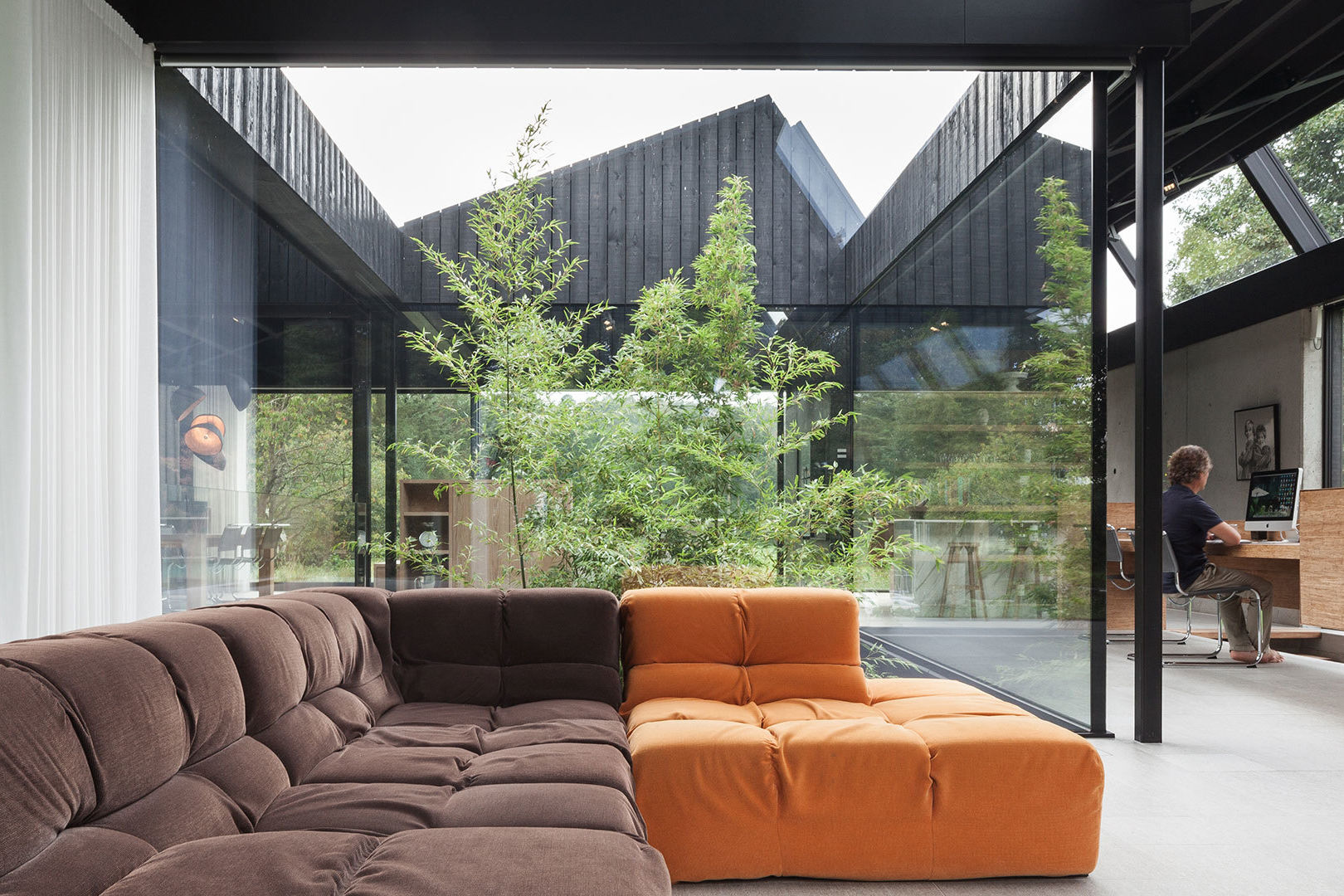 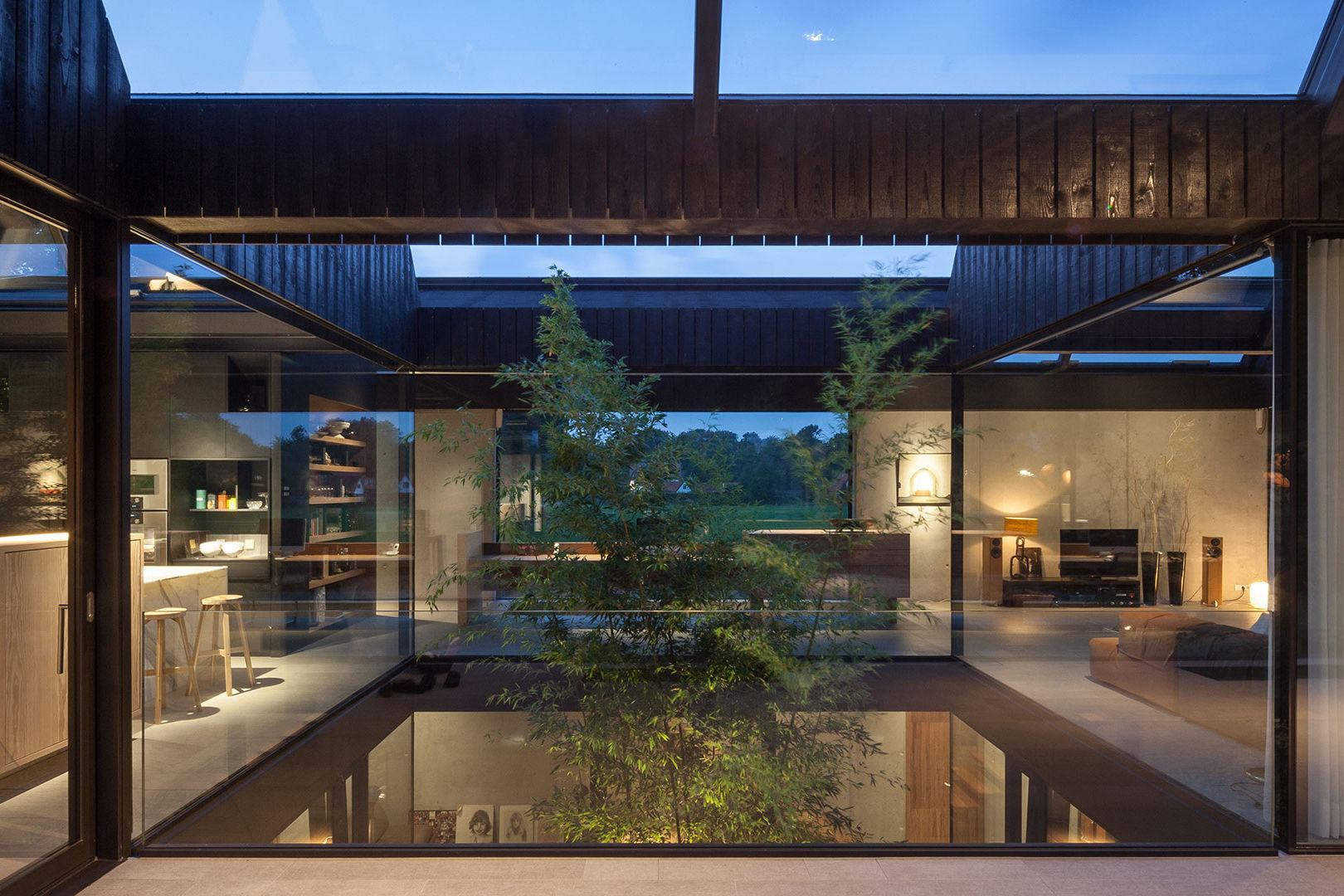 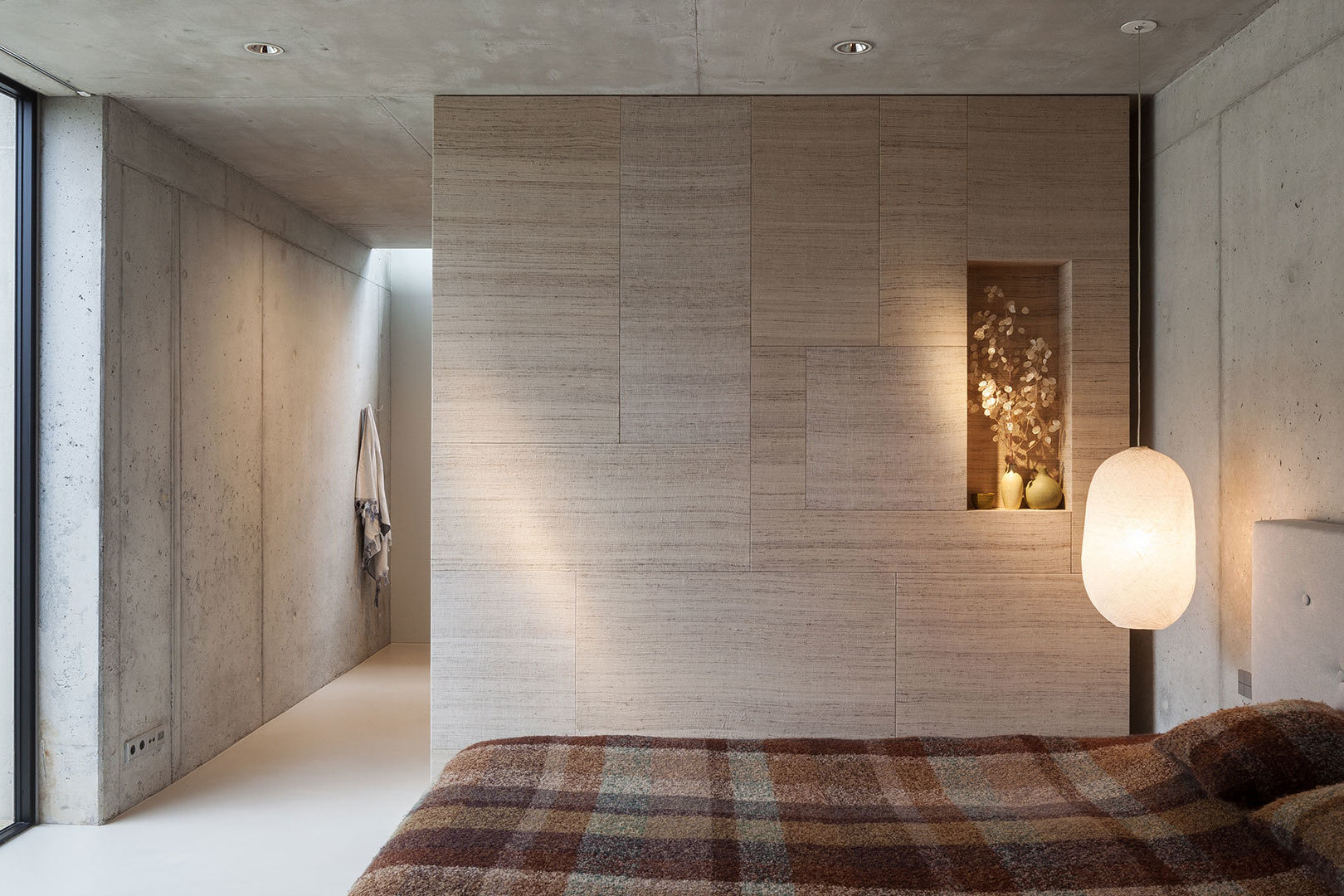 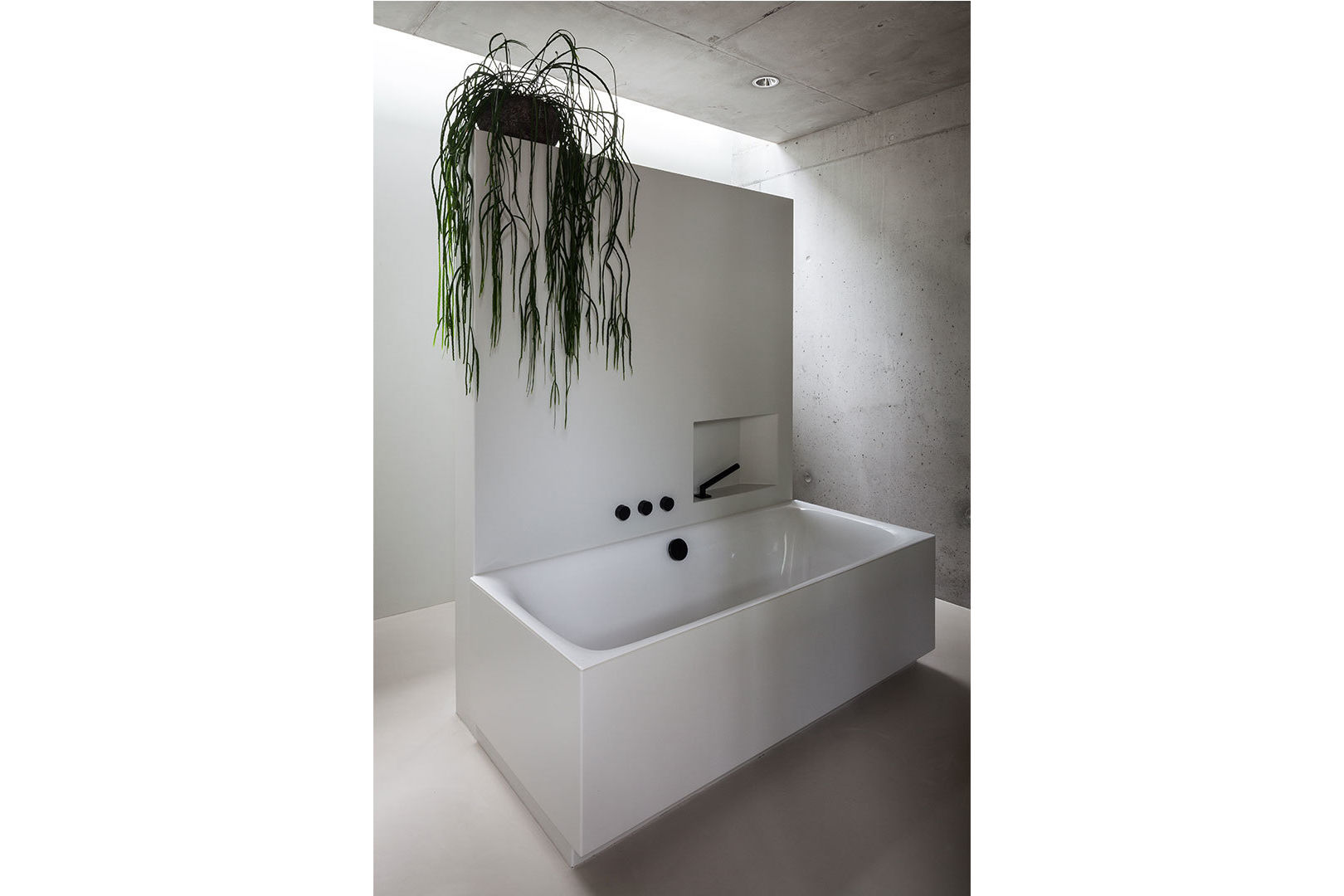 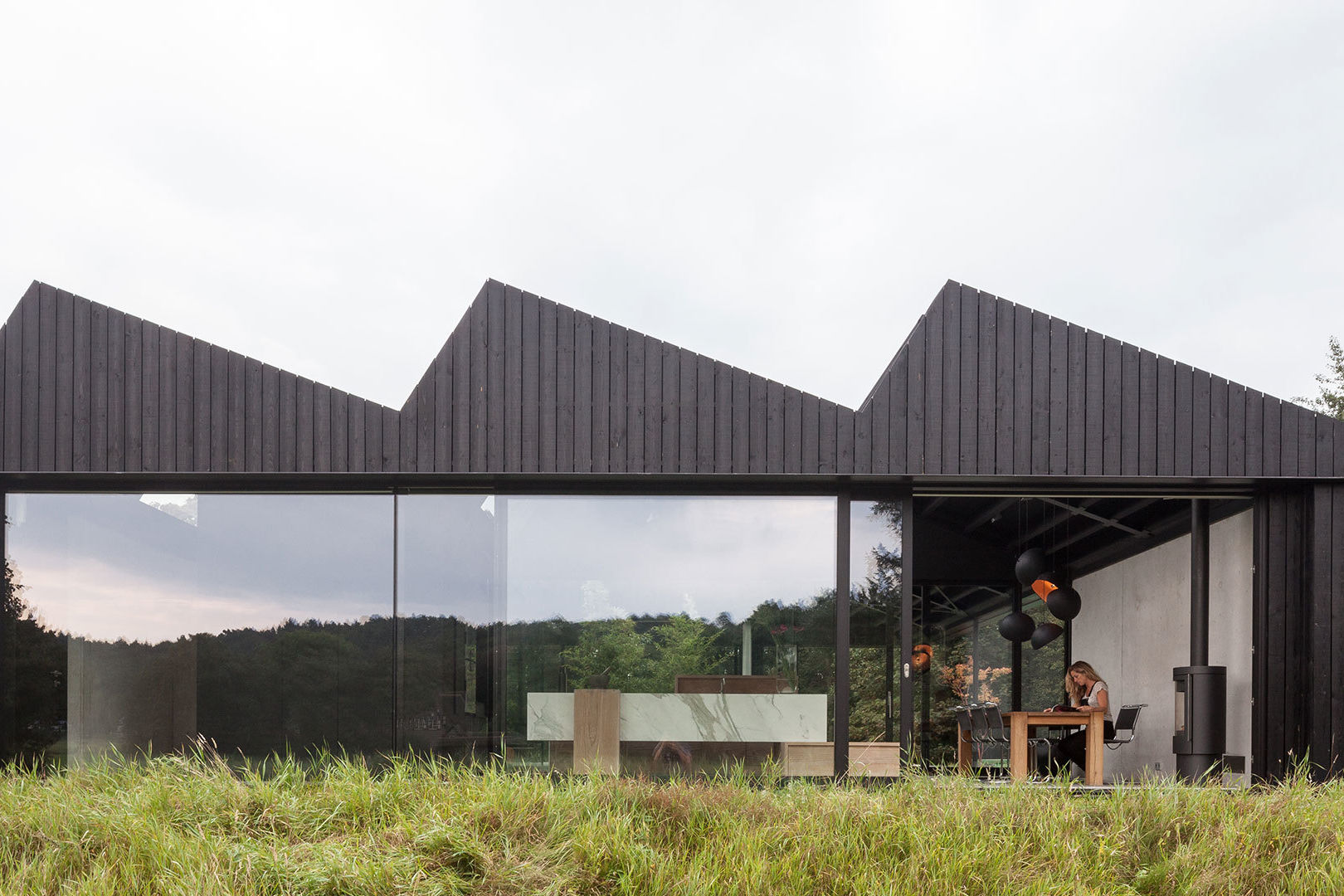 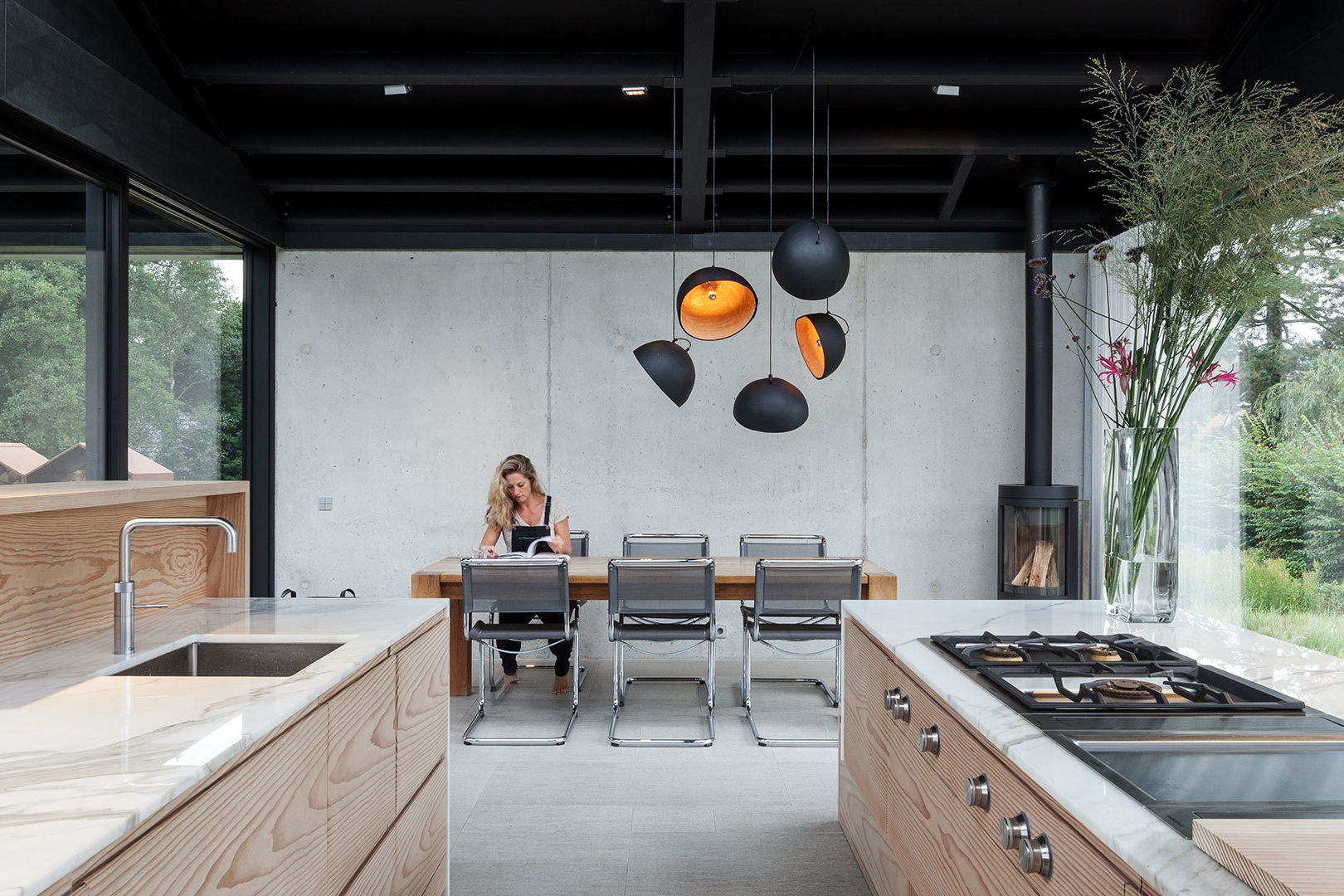 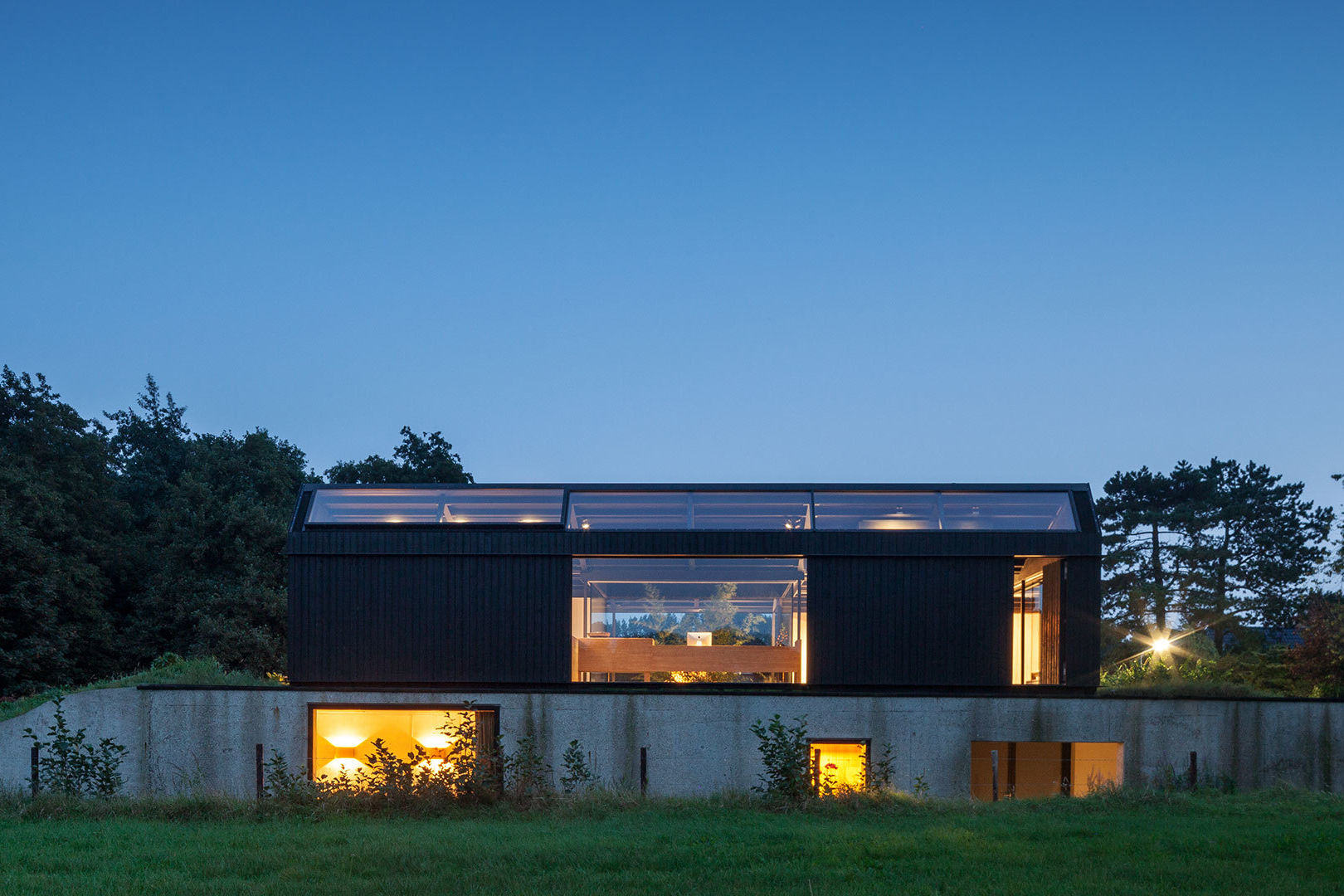 Villa Schoorl sits amid lush greenery in a rural area of reclaimed land close to the famous North Holland dunes. Given the setting, an objective to create a seamless overlap between indoor spaces and the surrounding countryside seemed fitting. The building is understated by design, and was built largely from natural materials, with sustainable techniques.

The surrounding area is characterised by historical land subdivisions, original roads and waterways, and old mills and farmhouses, and boasted few villas to speak of before this. Consequently, it was important that our design conformed to the rural vernacular, regarding both form and construction materials, and that the villa did not distract attention from the scenic beauty of the natutal landscape. This we achieved in part by by sinking the bulk of the villa below the level of the raised mound ground on which it sits.

Viewed from the outside, the living area on the upper floor appears to hover above the subterranean level. The former, with its floor-to-ceiling glass walls, is crowned by an eye-catching sawtooth roof whose alternate slopes allow protection against direct sunlight and the admission of daylight. The roof, given its form, also contributes to the villa’s contextual fit, as do the blank walls, which are clad in vertical slats of untreated timber to match the nearby forests. The openness and blending of indoor and outdoor space allowed by the glass walls have been balanced with provisions for privacy and sunshade, which are served by vertically folding screens along the western end of the building. Meanwhile, the outdoors-while-indoors theme finds further articulation in the covered terrace at the villa’s southern end.

Most of the villa’s energy needs are met via solar panels on the southernmost slope of the roof, and, in the wintertime, a wood stove connected to the central heating system maintains an even room temperature throughout the villa in the most efficient manner possible. 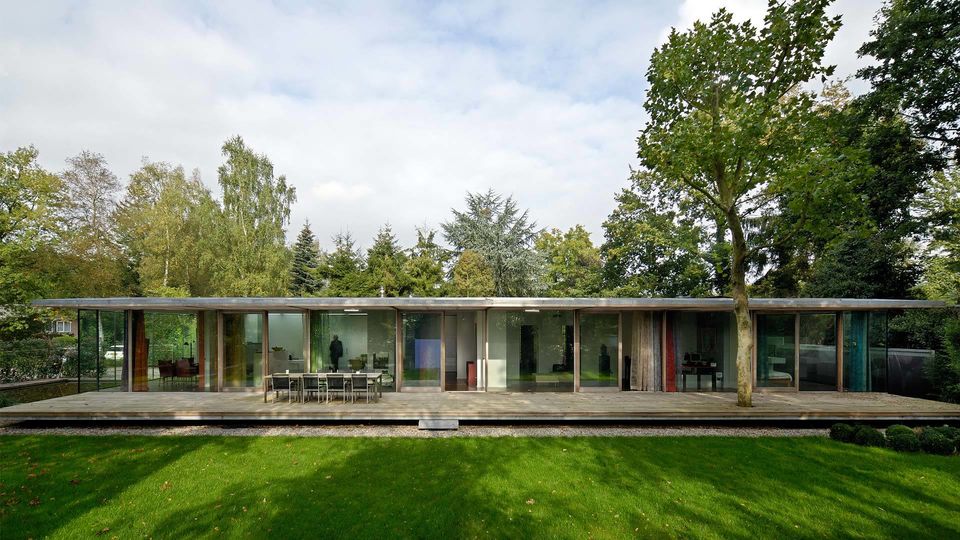