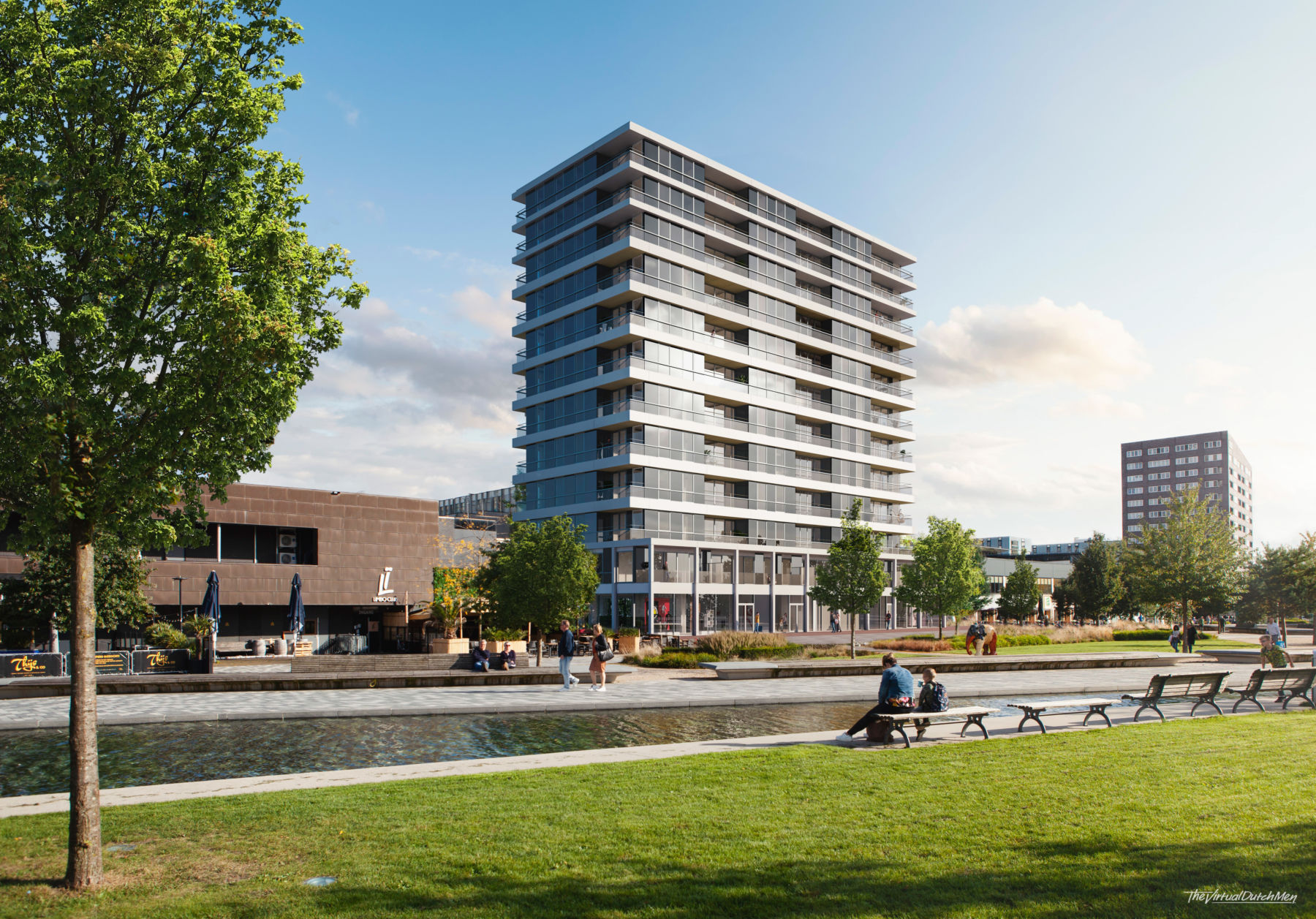 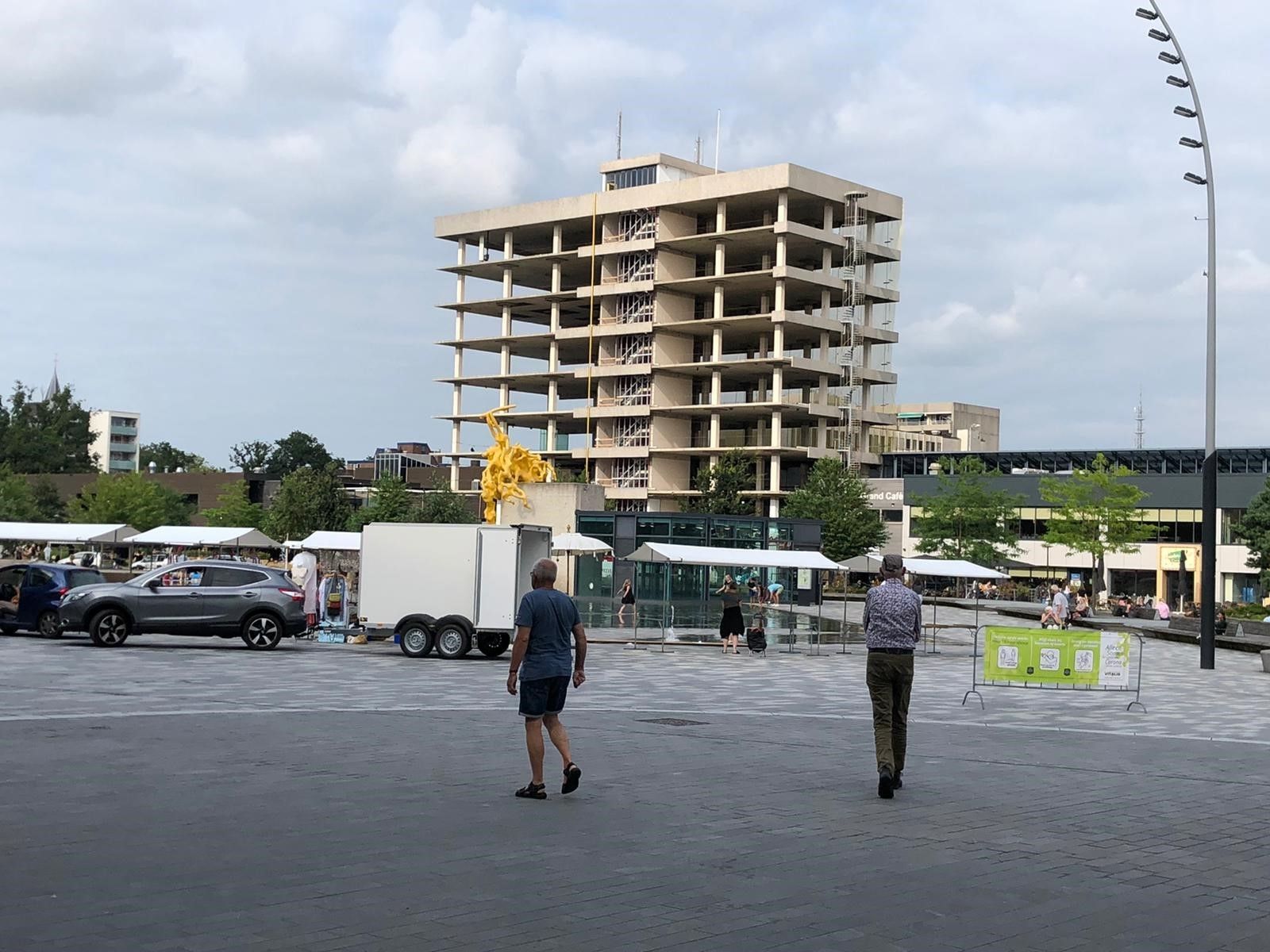 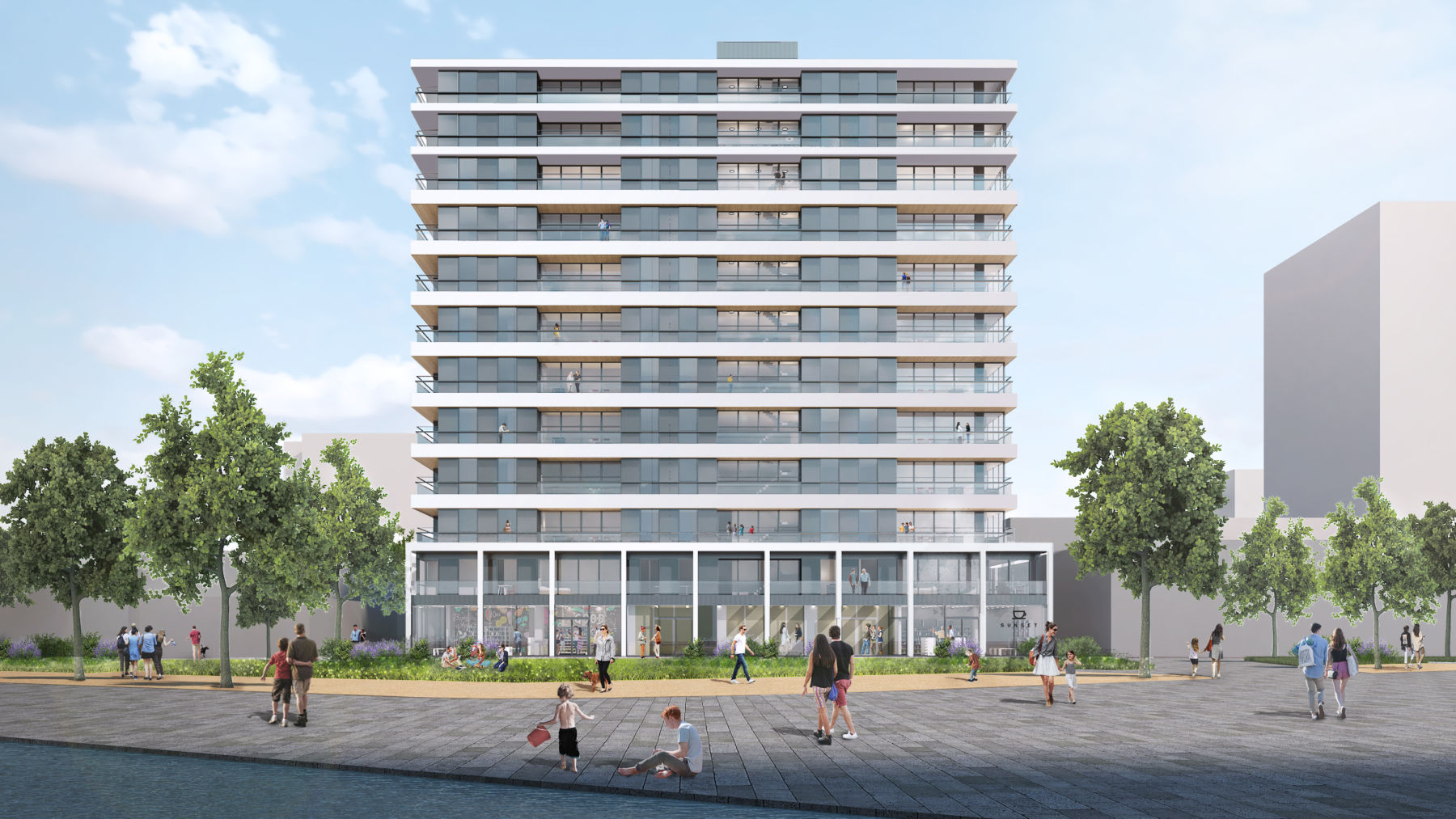 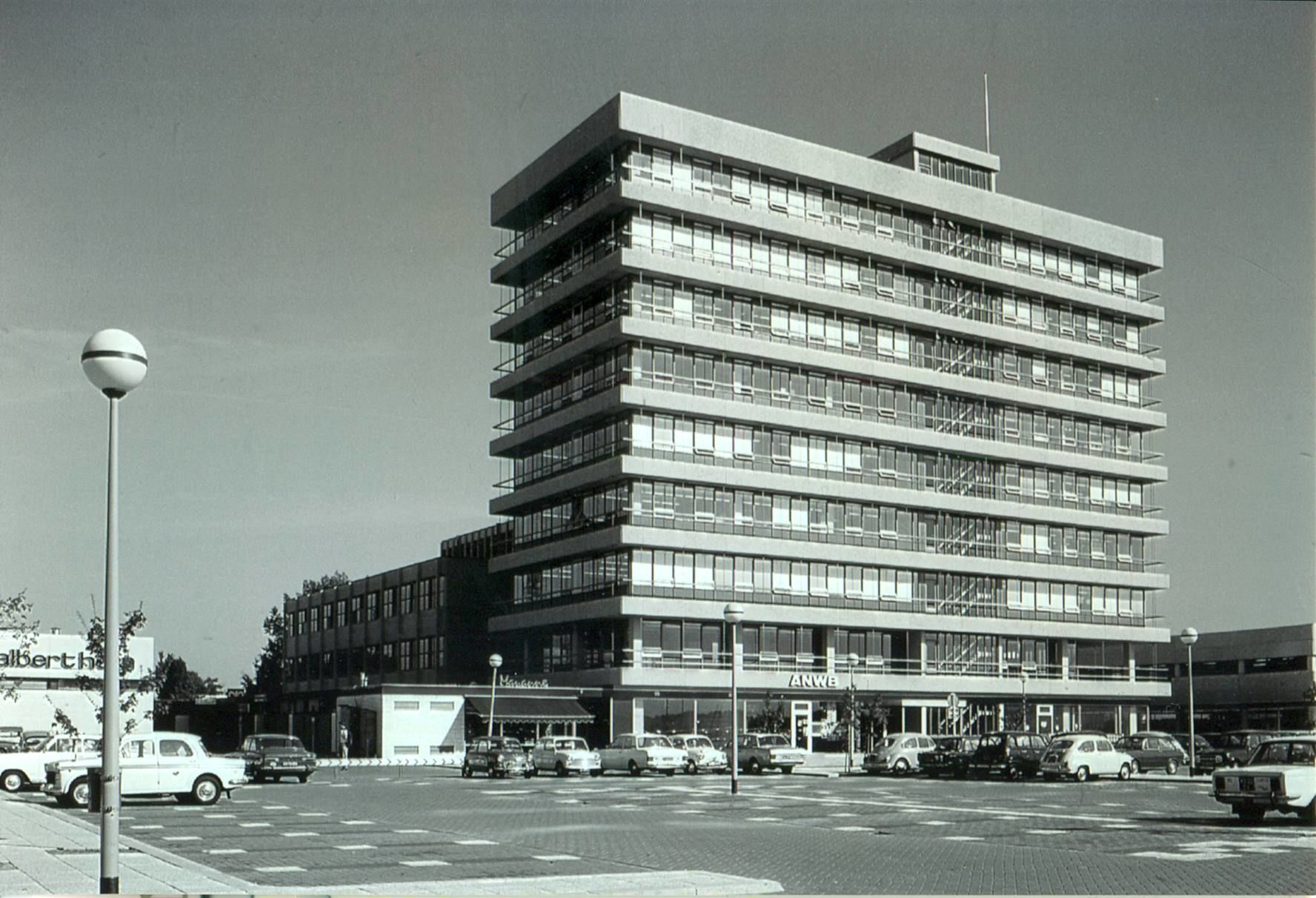 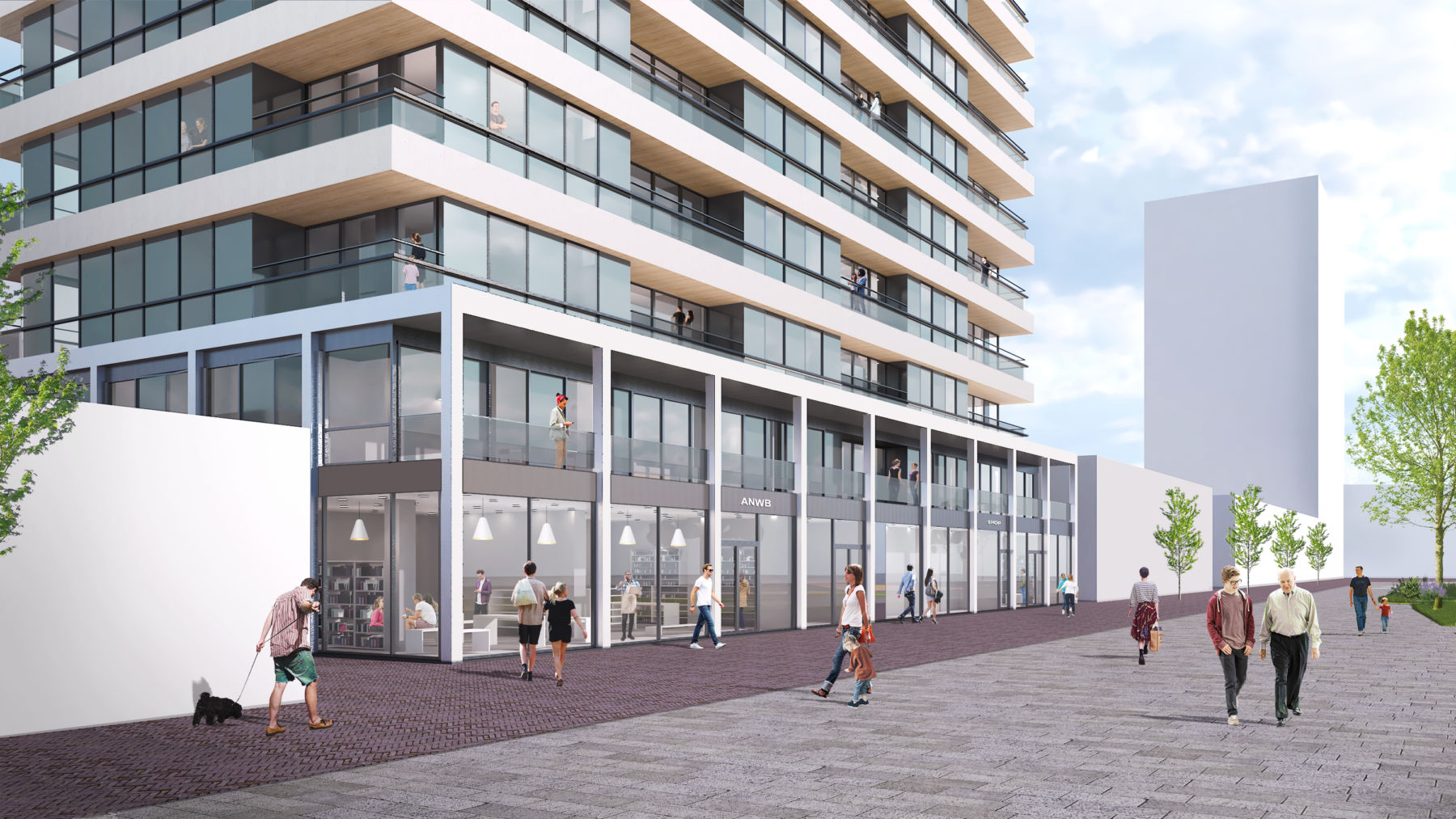 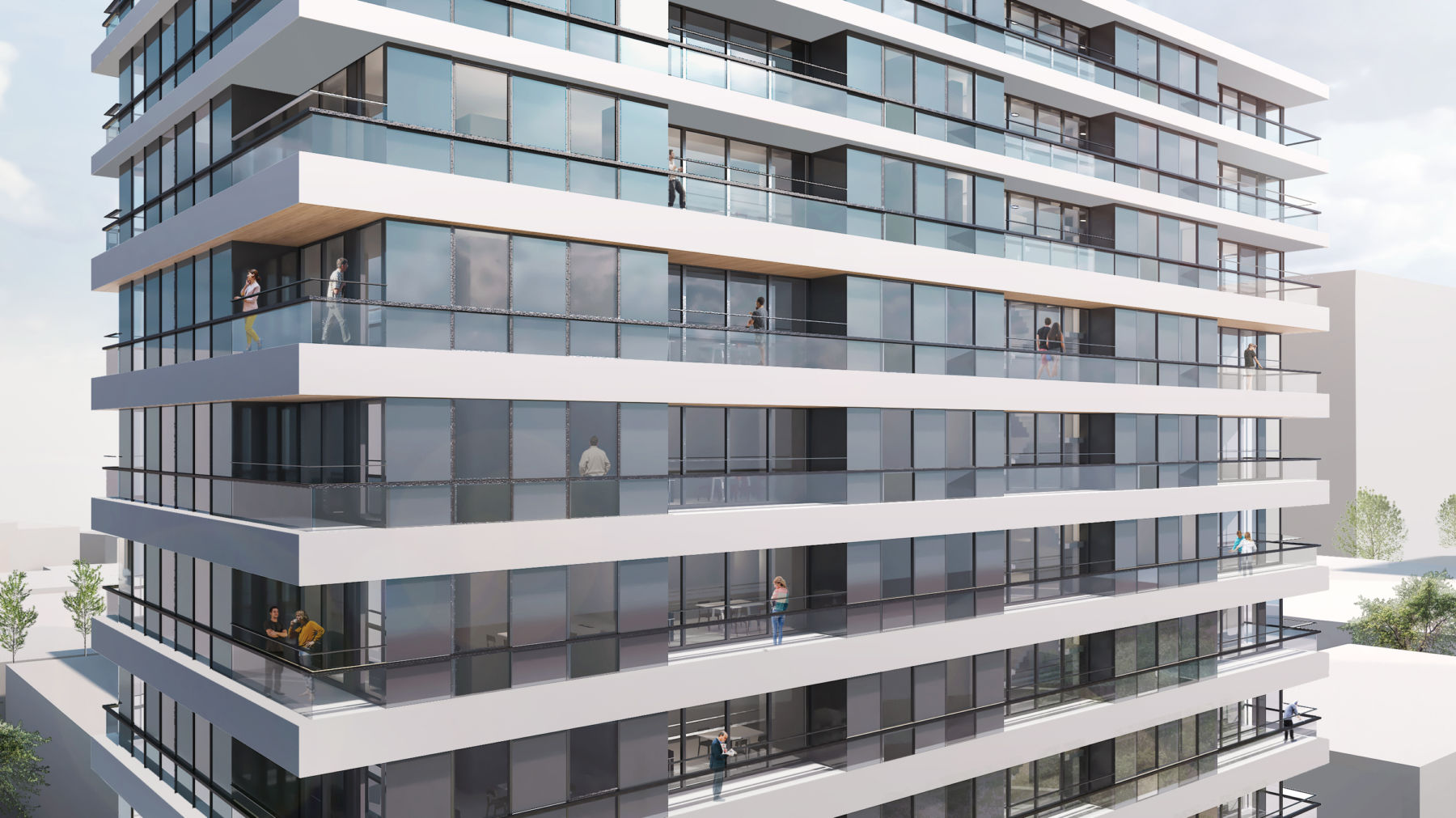 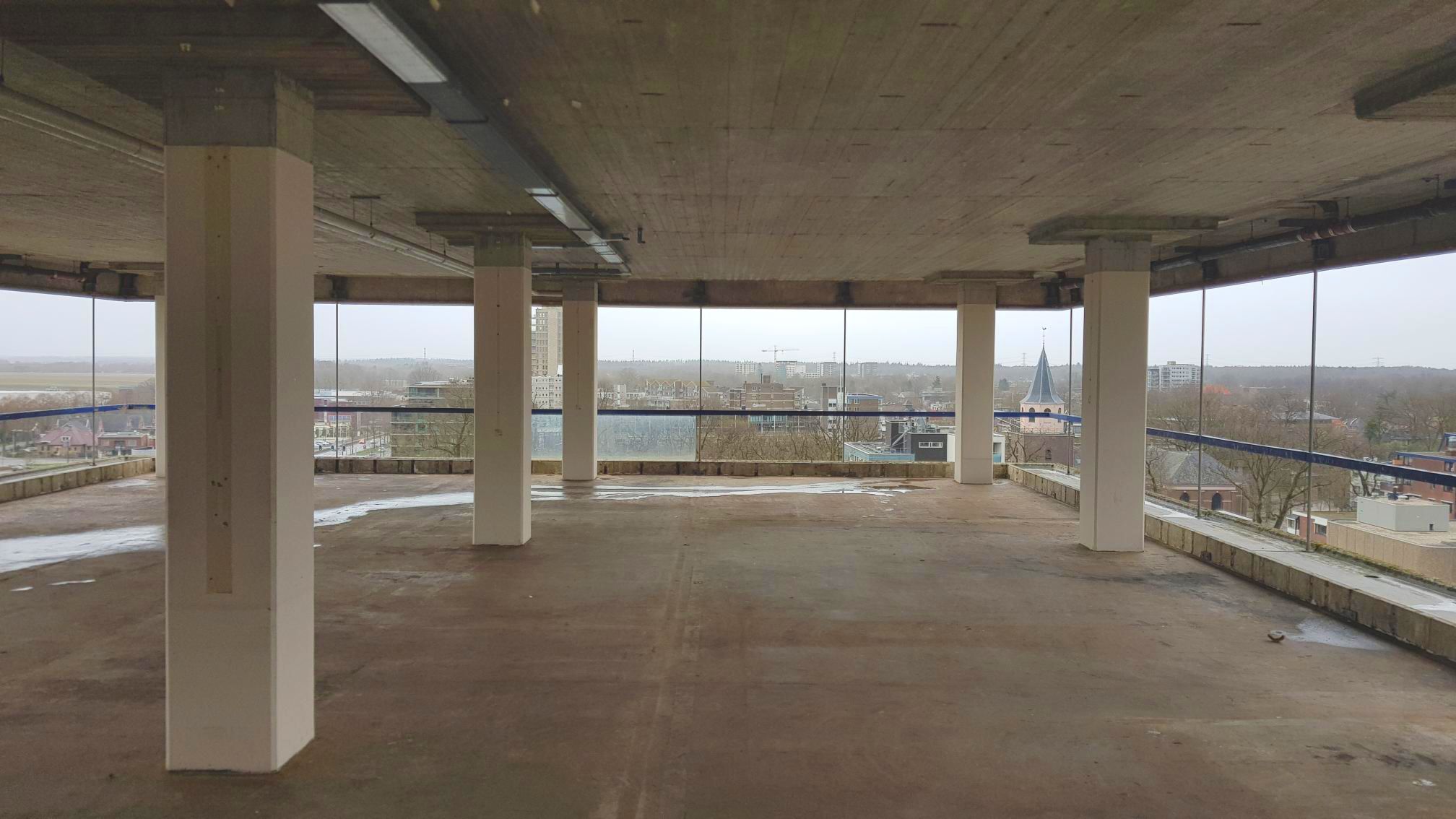 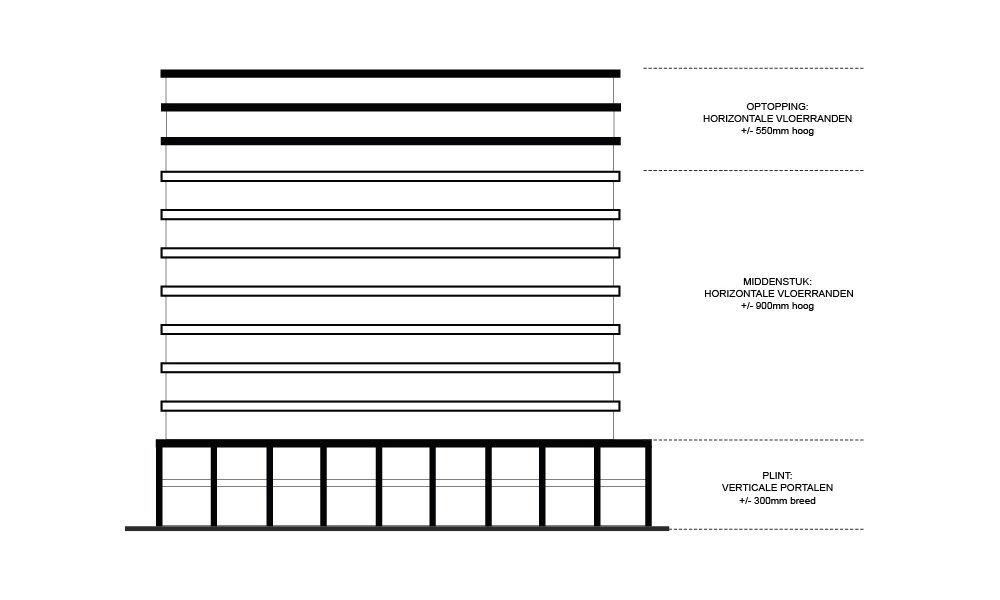 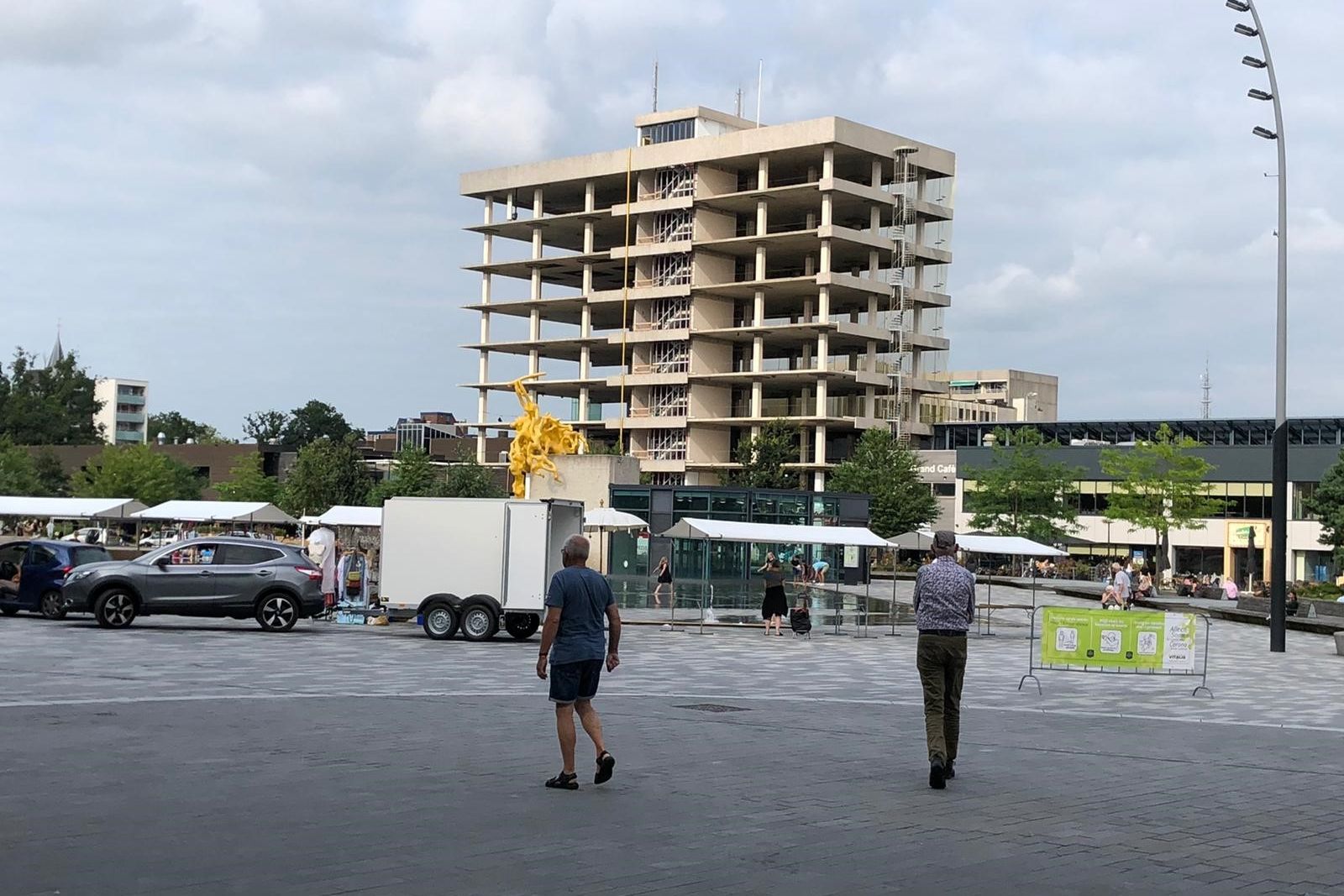 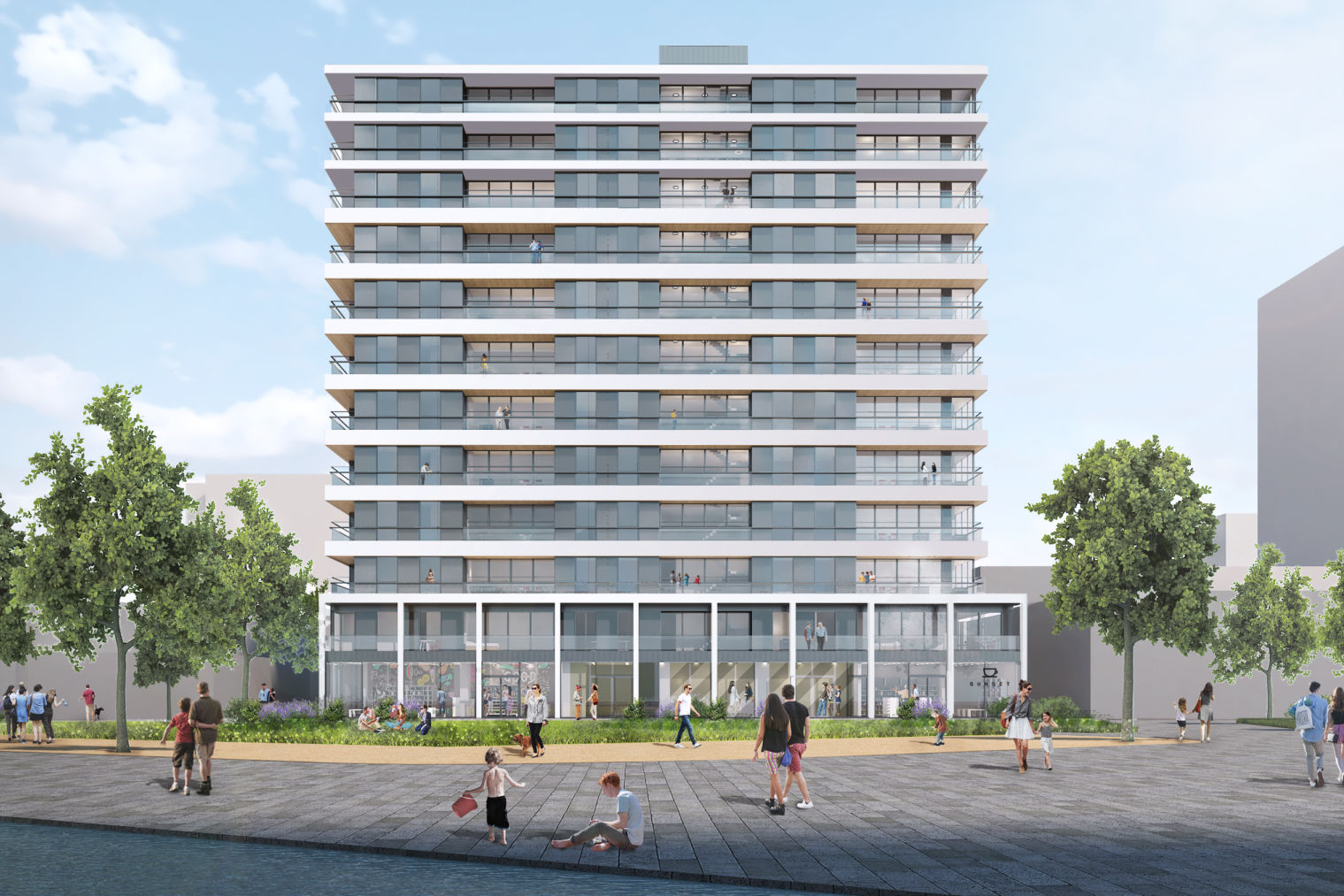 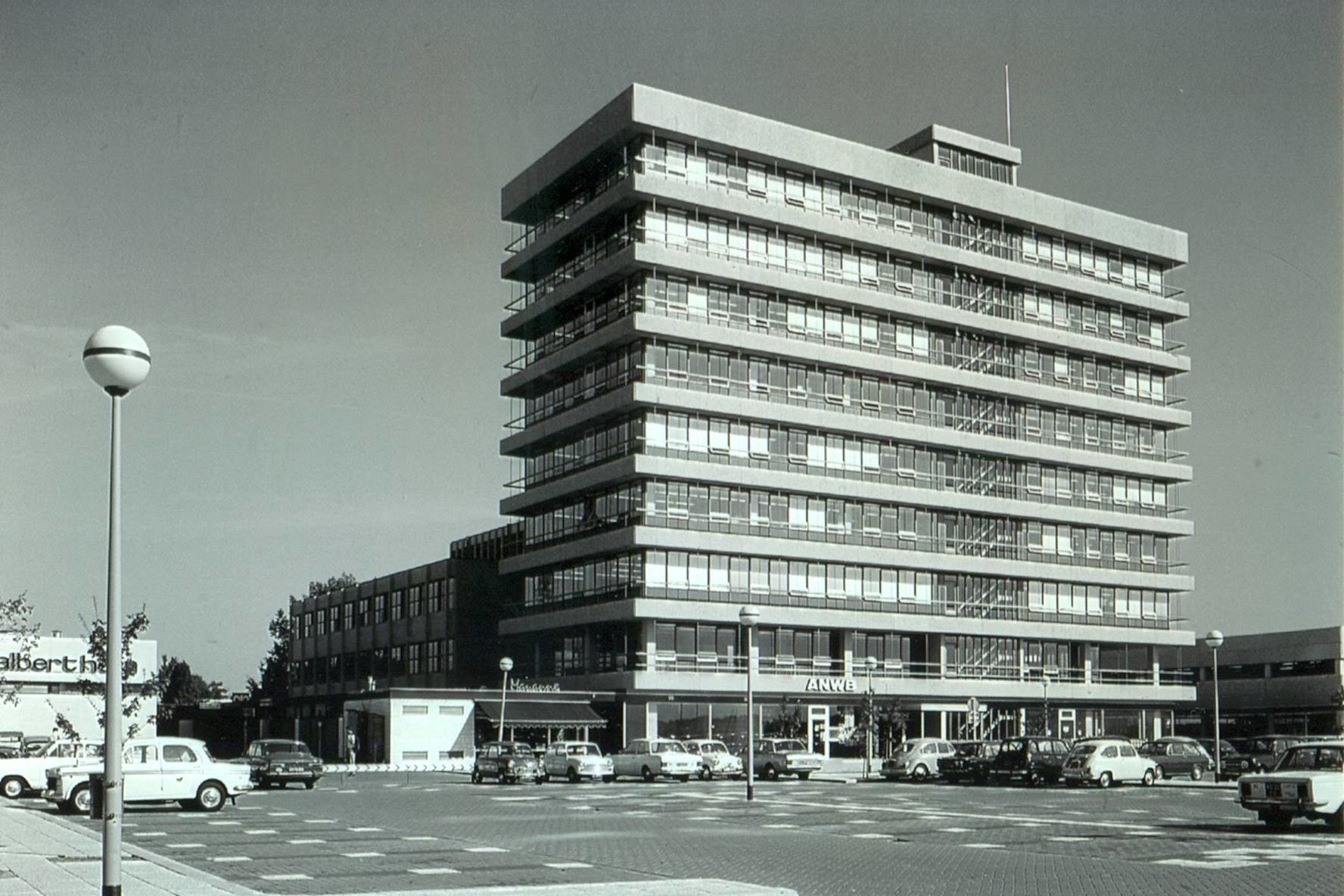 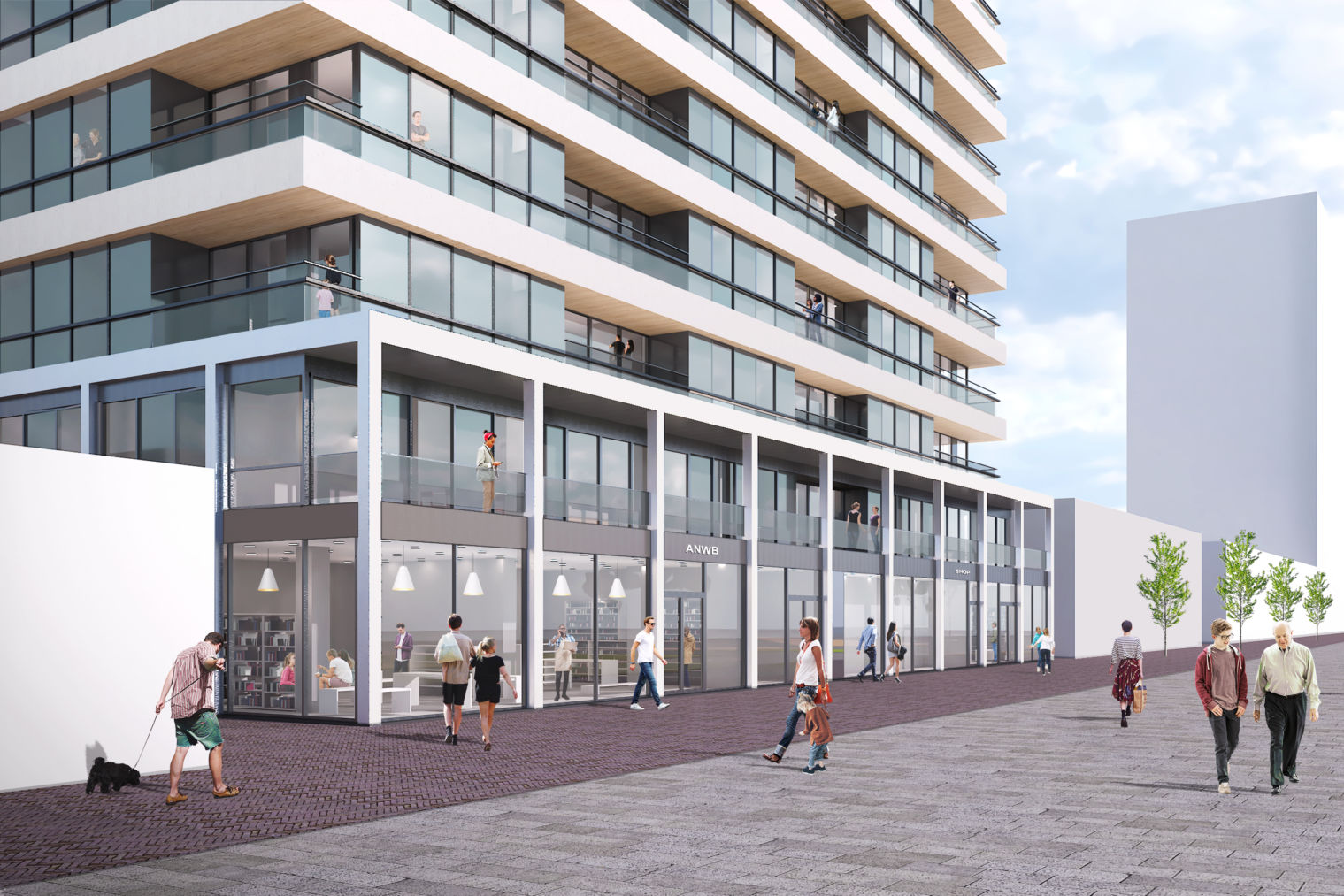 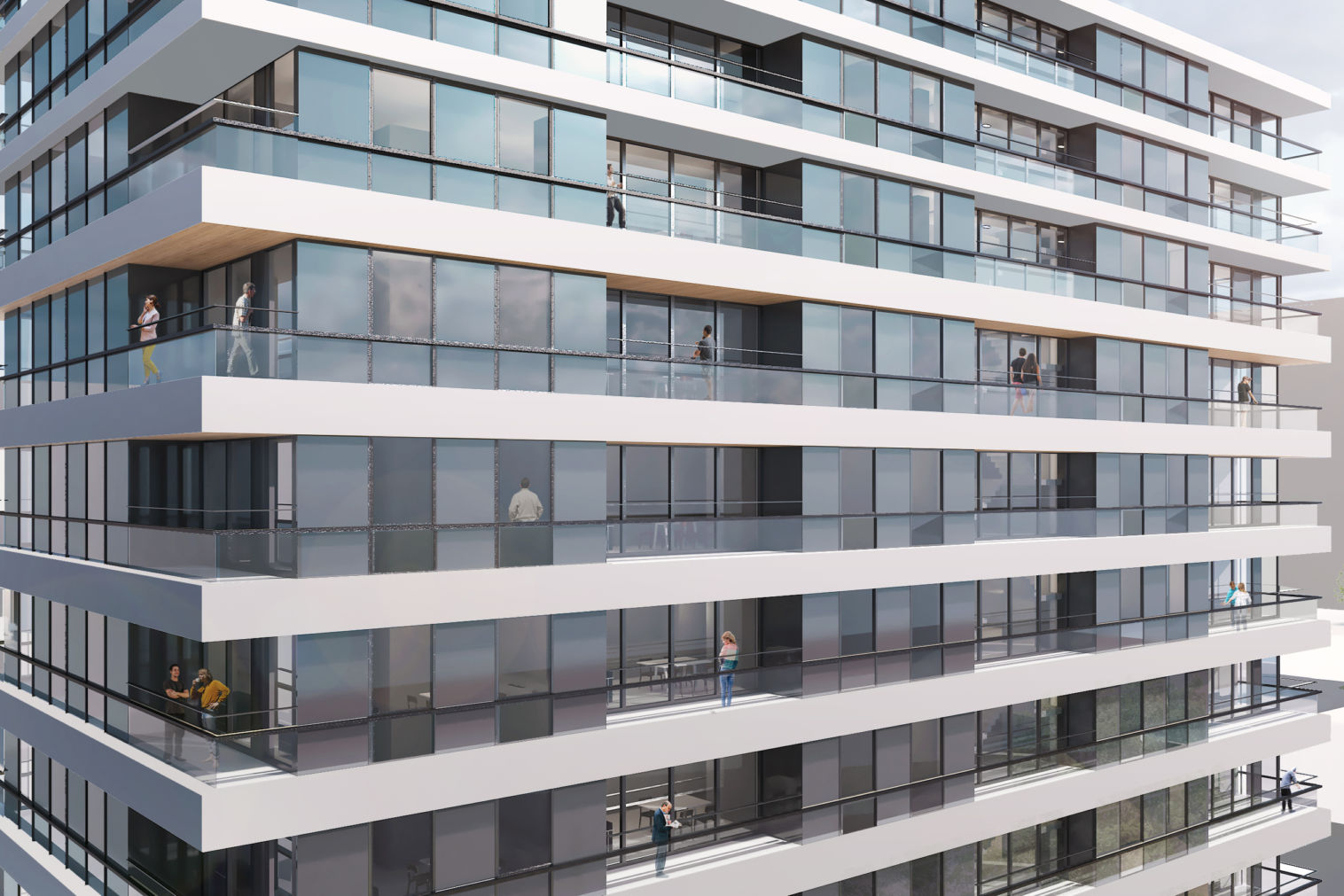 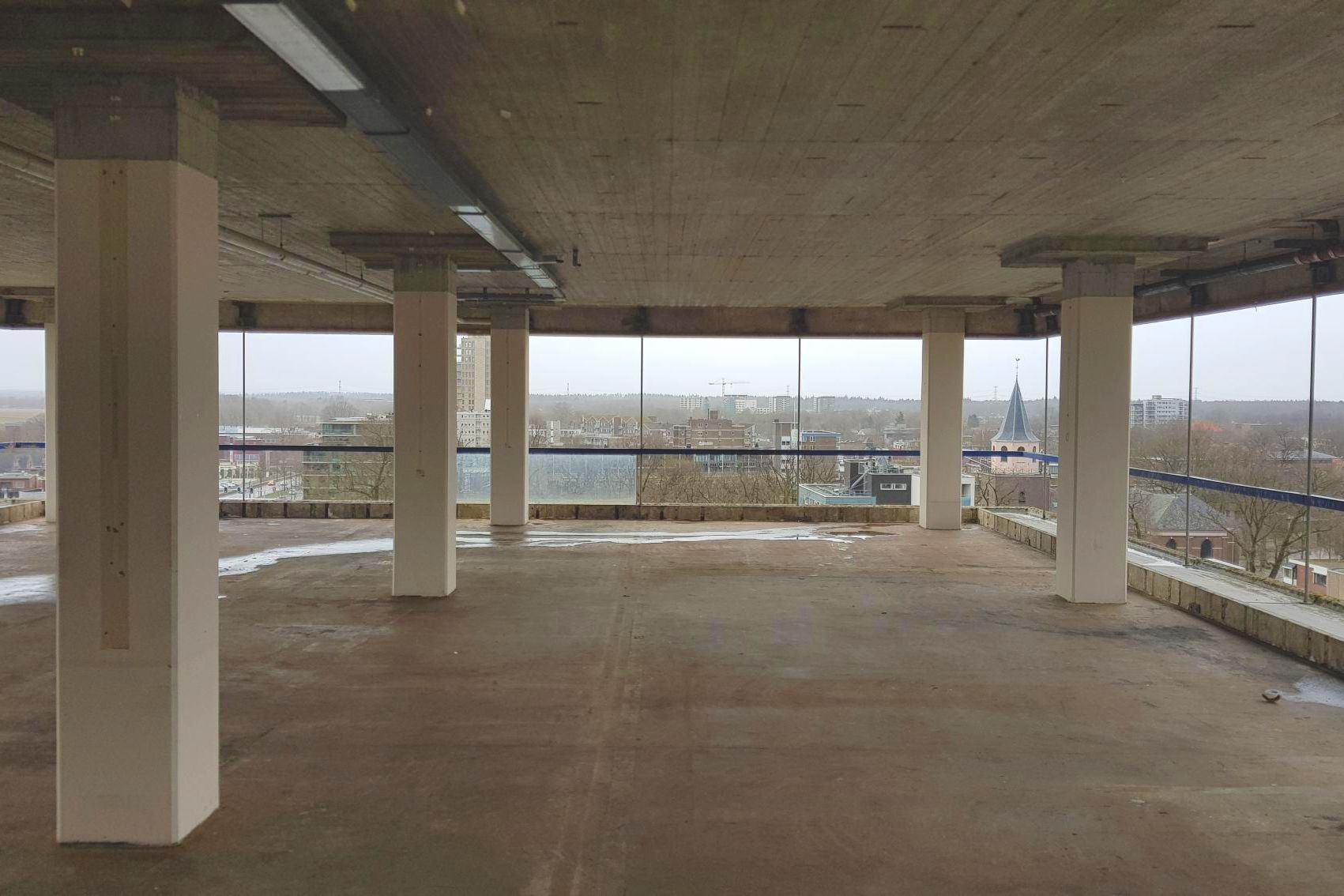 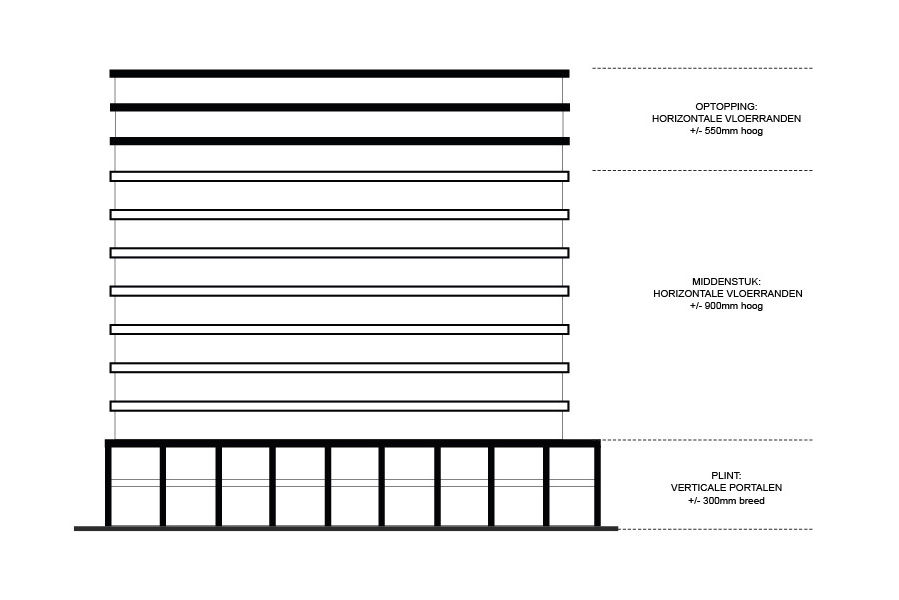 For the tax building at the Raadhuisplein in Emmen, Paul de Ruiter Architects has made a design in which the 10-story building will be topped by 3 extra layers and transformed into a residential building with 82 rental apartments.

The existing office building will be transformed into a multi-sided oriented residential building with 13 floors (including the basement) with 74 apartments and 8 studios. The main entrance is located on the first floor with commercial functions on both sides. Access is via the main entrance on the Willinkplein that gives access to the elevator hall with 2 elevators and the main staircase. In the basement, there are parking facilities for bicycles and storage.

The former tax building is located on the renovated city square Raadhuisplein. The square was completely transformed in 2014 from a large parking lot into a city square where recreation can take place. On the square is the shopping center the Weiert where the tax apartment is part of. On the north side is the Town Hall of Emmen and on the west side Wildlands, the zoo of Emmen. With these functions at the square, it is an important place for Emmen where residents and visitors come together. This means that the tax building with its central location on the square is also an attractive place to live.

Part of the new shopping center De Weiert was a new tax office, which was built in the late 1960s. The high-rise, nine-story office building had been designed by the well-known Rotterdam architectural firm Van den Broek and Bakema. The office building was given an austere, business-like design, characteristic of that period. What is striking is that the glass facades are placed slightly backwards on the concrete floors, so that the building has a gallery annex balcony on every floor.

Over the years it has undergone various transformations, adding or removing elements. The main elements of the original design are still visible in the current state of the building.

The existing horizontal bands could not be reused and are returned in the new design as horizontal bands with contemporary architecture. The bands have the same height as the original bands only now made of aluminum and much lighter/fresher. The new elevation will have the same look only with slimmer bands. Between the horizontal bands, the facade is filled with a lot of glass and colorbel. The outdoor spaces of the apartments are integrated into the volume as loggias. The double-height plinth connects to the other buildings on the square and has a stately appearance due to a vertical colonnade of slim columns. 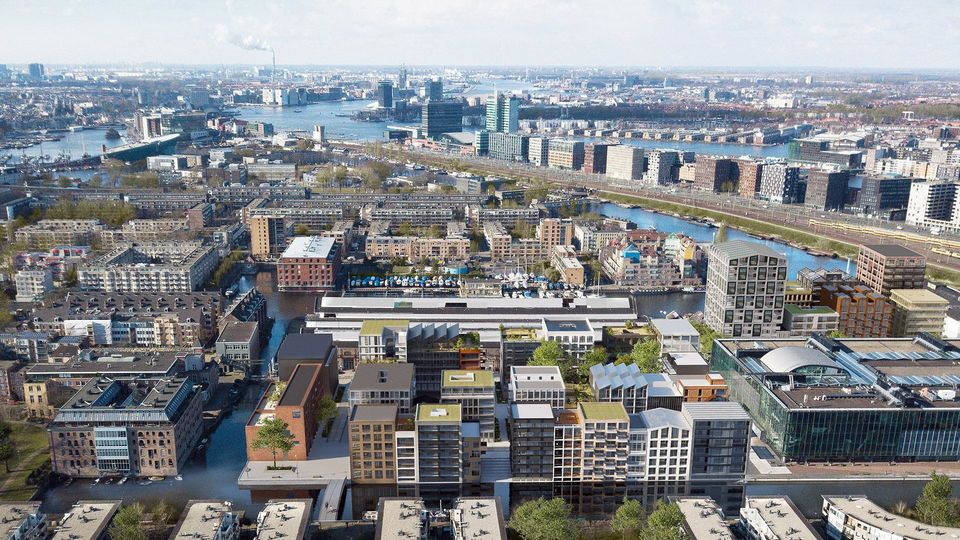