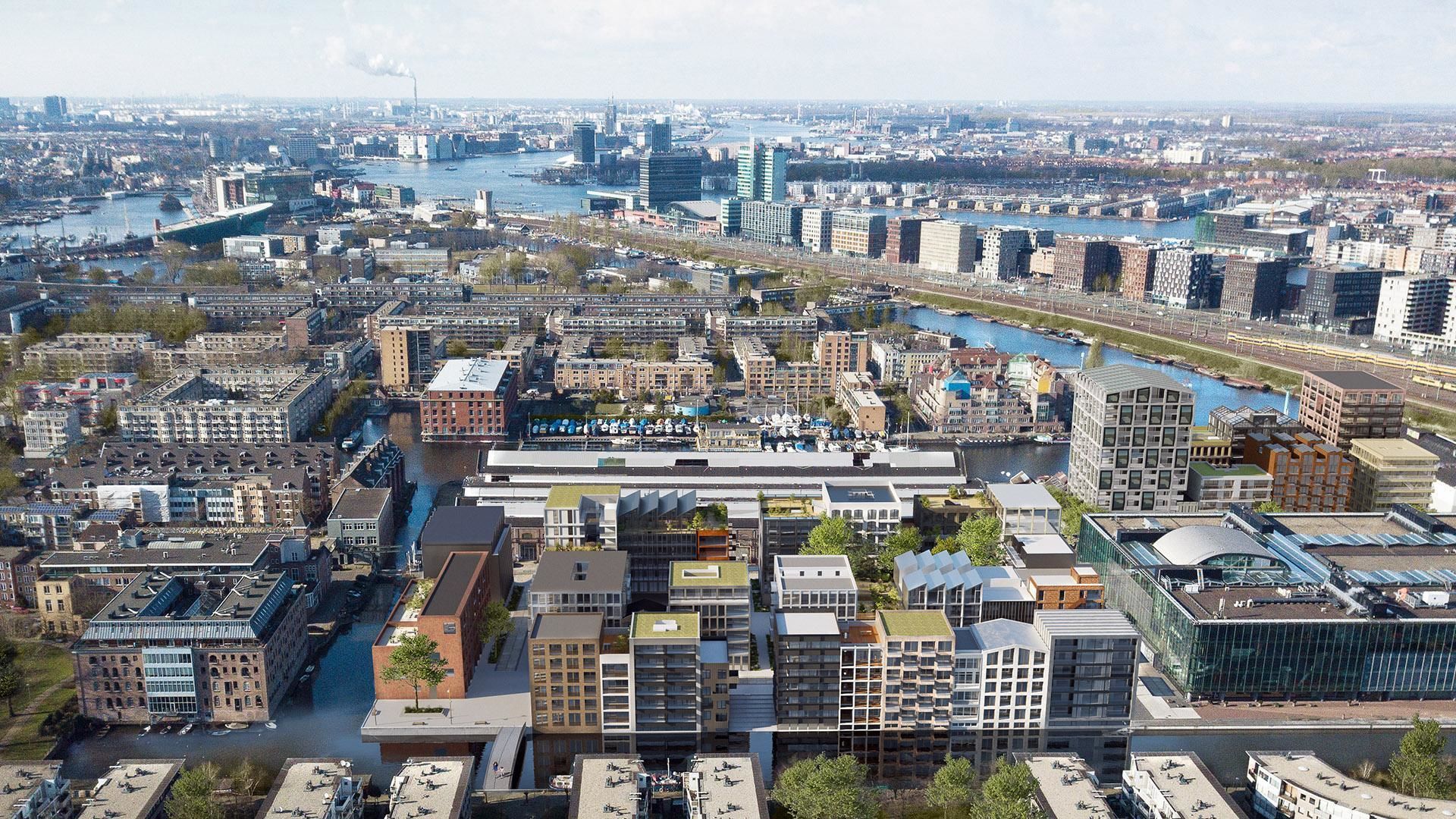 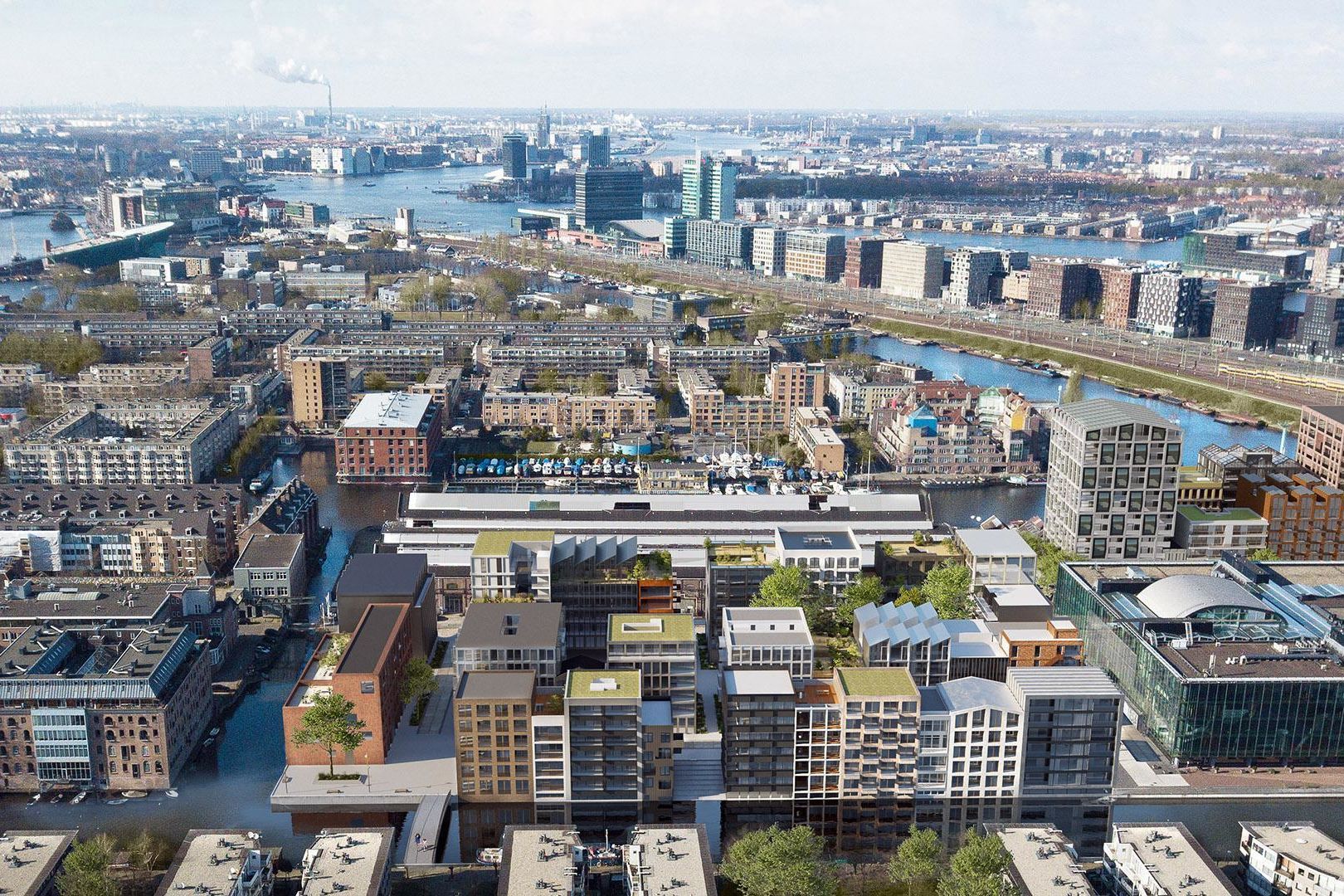 The joint team of Paul de Ruiter Architects, Ronald Janssen Architects and Bastiaan Jongerius Architects have unveiled their design for the new Amsterdam neighbourhood of “Stadswerf Oostenburg”. Oostenburg is one of a series of islands — Marineterrein, Kattenburg, Wittenburg and Oostenburg — that lie just to the east of the city centre. Thanks to its maritime history, Oostenburg boasts a distinctive character relative to the other islands.

In recent times, the island has primarily been known for being the location of the collective–bar-restaurant Amsterdam Roest and the INIT building. Now, however, it is to be transformed into a new urban neighbourhood. Each parcel of land will boast its own desirably vibrant, mixed-use development comprising a blend of residential and recreational spaces. By 2023 Oostenburg is expected to accommodate approximately 1,500 new households.

On the southern side of the island lies a parcel between the Van Gendthallen, the INIT building and the Oostenburgervaart that is set to accommodate 44,000 m2 of residential and commercial space. The site used to be occupied by the Dutch East India Company (VOC), who maintained a wharf here, and later by Stork-Werkspoor, for its factory. The new design retains the area’s industrial character as well as the sense of security one typically gets from being on an island, while providing roughly 450 new homes and interesting spaces for entrepreneurs, all of which will share the collective neighbourhood name: “Stadswerf Oostenburg”. The area’s public space is to be designed by urban design office Urhahn in collaboration with landscape architects Dijk & co. The client is Stadswerf Oostenburg Ontwikkeling, a joint venture between VORM and Steenwell. And Kristiaan Borret, university professor and chief architect of the Brussels-Capital Region, has been employed by the municipality as the project’s supervisor and urban planner.

The design offers a variety of living spaces and a healthy mix of owner-occupied, social housing, mid-market and private sector rental accommodation, guaranteeing Stadswerf Oostenburg’s desirability to people and families at all stages of life. The neighbourhood will also help to address the high demand for accommodation in the city. To this end it will offer roughly 277 sustainable rental apartments, of which 130 will be accounted for by social housing, 29 by mid-market rentals, and 118 by private sector rentals. The remainder will be owner-occupied. The design includes approximately 3,000 m2of space for offices, shops, businesses and in-home ateliers. Both ends of the Oostenburgermiddenstraat will be occupied by restaurants with terraces. A new pedestrian and cycle bridge will be built across the Oostenburgervaart, providing access to the Czaar Peterstraat.

The public space has been designed to enhance the sense of being on an island. The island will be characterised by clean lines and open space, with no visible distinction between the “sidewalks” and the rest of the space between the buildings. The neighbourhood will be traffic-restricted, and only accessible to residential traffic. All parking facilities will be indoors. A communal, inner courtyard will form the heart of the complex. This lush and leafy garden has been conceived as an oasis, one that among other things offers visual and experiential contrast to the somewhat more restrained character of the remaining external spaces. The development will include a number of waterside squares for the pleasure of the whole community.

A neighbourhood of striking visual contrasts

Oostenburg, with its rugged and industrial architecture, is set to become neighbourhood of striking visual contrasts. Much of this contrast will derive from the deliberate variance in building height and width. The aesthetic coherence of the development as a whole will be achieved through employment of a carefully selected range of durable and natural materials, such as brick, concrete, steel and wood. The variance in building height and design will add to Stadswerf Oostenburg’s distinctive character, and to its assured reputation as a highly desirable neighbourhood for residential and occupational purposes. The Oostenburgermiddenstraat, opposite the Van Gendthallen, will house buildings that stand as high as 26 metres, while those on the Isaac Tistingkade and Oostenburgerdwarsstraat will rise to no more than 19 metres, in correspondence with the size of their respective streets. The buildings on these two streets not only overlook the Oostenburgervaart and Eerste Oostenburgerdwarsvaart canals, but also rise directly from the water. Roofs will be a mix of generously sized roof terraces, roof gardens and energy-generating roofs. The vibrancy of the neighbourhood is assured, thanks to the carefully planned mix of street-level workspaces, bars and restaurants, and offices and apartments. 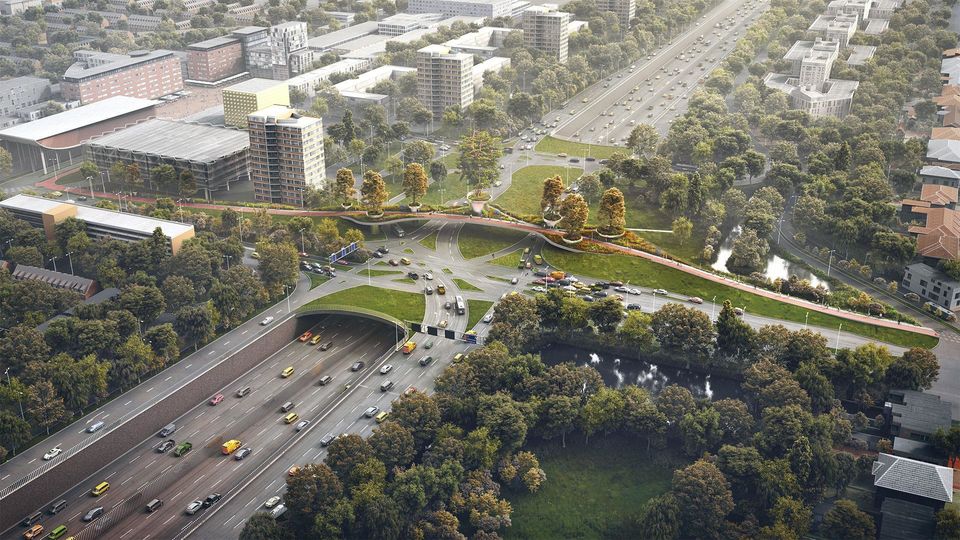 A “Bridge of Trees” across the A9 in Amstelveen 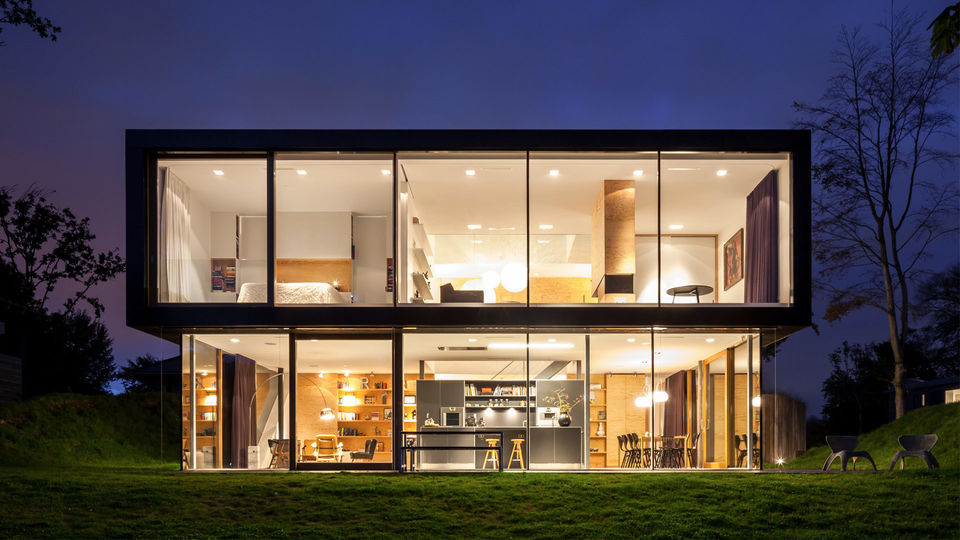